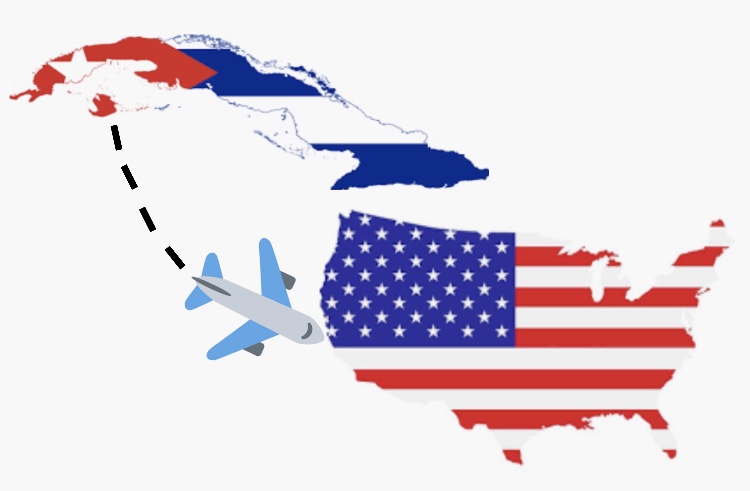 Soph. Alejandro Leon Prieto was completely confused. Though he was in a familiar setting, a classroom, that was the only familiar aspect. The faces were different. The language was different. Heck, even the view out the window was different.

Four years ago, Leon was living in Cuba with both of his parents. Just like any other day, Leon’s mom came home from work. She put her bag down and started talking to her son, but what came out of her mouth was not the same as every other day.

She began talking about the possibility of moving to America. Not even a teenager yet, Leon “did not understand how much this could change my life.” Years later, his mom moved to America, but Leon stayed in Cuba with his dad for a little while longer.

The day eventually came for Leon to board a one-way plane to the States. In July, he landed in a new country and started a new life in Holland.

Despite the obvious difference in language, Leon also had to adjust to a new culture and weather. Leon experienced winter for the first time when he came here. “Watching the snowflakes fall was like watching stars fall before my eyes,” he said.

Even with the magic of winter, Leon sacrificed a lot when he moved here. He was on the path of great academic success in Cuba. And all of his friends were living back home. Though he texts with them almost every day, he still misses them a lot. He loves tennis, but he cannot play throughout the whole year here as he did in Cuba.

When he moved, he was presented with the challenge of putting the life he knew aside to fully learn a new language and a new culture. He welcomed the challenge with open arms.

Leon took his obstacles one step at a time. He started with overcoming the most important challenge: language. When he first came, he knew some English, but not enough. After fighting through each day of school, he would go home exhausted. He constantly felt like his “head was on fire.”

He needed to understand English; without it he would go nowhere. He began by listening to music only in English, and he started watching shows and movies without subtitles, such as 13 Reasons Why and After. This strategy “helped me very much.” Now, he says “it’s difficult to express what I’m thinking, but I understand almost everything.”

Because of his love for tennis and the fact that he had played in Cuba, Leon also joined the West Ottawa tennis team. He enjoyed returning to the sport, but winter came. In Cuba, Leon  could go out and play tennis whenever he wanted. In Michigan, the weather holds him back – a reality he is not used to.

He still had one obstacle to overcome. All of his friends were in Cuba, so he had to make new friends here. Although he couldn’t communicate at first, Leon found a group of almost all Spanish speakers because “it’s easier to relate with them.”

He also has a few English-speaking friends, “but it’s hard. I don’t know what they are saying; they don’t know what I am saying.” Regardless of who his friends are, he has “felt at home” at West Ottawa since day one.

So why did Leon come to America if that meant trading everything he had in Cuba for the challenges he has faced since he arrived?

First, he was looking forward to learning more about the American culture, which he likes a lot. He was also excited about being surrounded by English. He said “I’m not so good, but I love the English.”

Although American culture and language intrigued Leon, he was doing very well academically in Cuba, so there was more to his decision. He had been accepted into a “rigorous science school” and competed in many national physics competitions. He was also able to take more advanced classes in Cuba.

Even though Leon would have had great academic success, the “many economic problems and shortages in Cuba” would have come in the way of his long term success. Staying in Cuba would have been “practically in vain” because as he grew up, Leon wouldn’t have been able to enjoy life in the way he can here.

He wouldn’t have been able to develop his work and education in the same way he will here. In fact, one of the biggest motivating factors for Leon to move to America was “to go to a big university.” Because of his love for numbers, he wants to study “something related to math or physics.” He wants to make a name for himself in America.

Leon has worked incredibly hard to get to where he is today. He had the option to stay in Cuba, but he chose to fight for his future. He chose a harder today for a better tomorrow.