Holland used to be home to semi-pro basketball 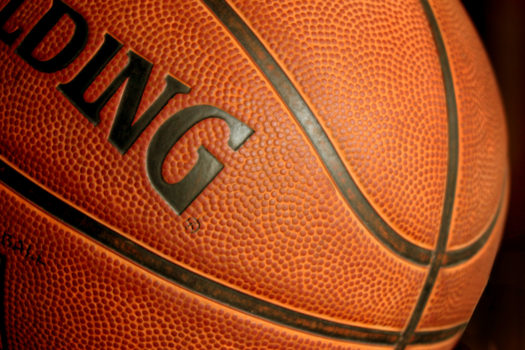 You’re at a semi-pro basketball game. The crowds are cheering on their team and eating obscene amounts of pretzels and nachos. Usually these games are in a large city, but who would’ve guessed that the small town of Holland had four of their own semi-pro basketball teams. Now these teams are gone, defunct, and forgotten, but back in the day, you could drive a few minutes to the Holland Civic Center to see a game from these teams.

The Holland Oilers operated in the Midwest Professional Basketball League for two seasons from 1962 to 1964.  Gene Schrotenboer coached and co-owned the Oilers. In addition, he owned and coached another team in the same league, the Grand Rapids Tackers. In the Oilers’ first year in the MPBL, they finished the season 12-5 and at the top of the six-team league. In the first round of the playoffs, they won their series and moved onto the championship against the Toledo Tartans. They beat the Tartans in the championship and claimed the title in their inaugural season, an impressive feat.

The next year they did not fare as well,  finishing the 1963-1964 campaign with a record of 9-11 and missing the playoffs. Though their performance was not stellar, they had one redeeming factor. The first player drafted straight out of high school into the NBA resided on the Oilers roster during those two seasons. His name was Reggie Harding, and he was drafted in the 4th round of the 1962 NBA Draft by the Detroit Pistons. He made his debut for the Pistons in 1963 and finished his pro career in 1968 playing for the Indiana Pacers. The Oilers also had the leading scorer in the league in 1964, M.C Burton. He averaged 21.5 points per game, though he would not carry that success into the next season. The Oilers disbanded that year and became defunct after only two years of play.

The Carvers’ coaches over three seasons included Bill Riegel, Ray Null, Bob Wilkinson, and Ryan Nykamp. The Carvers had a similar roster as the Oilers in 1965, including key player Willie Merriweather, who played high school ball with Hall of Famer Oscar Robertson. Merriweather played college ball at Purdue and in his senior season, he led the team in points. The Carvers had an abysmal first season; they finished the year 3-13 and finished last in the league. The only bright spot for the Carvers that year was Willie Merriweather. The league awarded him to the 2nd all-star team.

In the 1966 season, the team’s performance improved; they finished the year 11-10 and ranked 5th in the standings. However, due to the league’s formatting, they missed the playoffs. Once again, Merriweather got awarded to the league’s 2nd team. In the 1967-1968 season, the League changed and teams were split into two divisions: the East and the West.

The Carvers joined the West Division along with a team from Grand Rapids and Chicago. In their final year in the league, the Carvers ended the regular season 11-7 and finished 2nd in their division and 4th in the league. Willie Merriweather was not the only one awarded to the league’s 1st or 2nd team that season. The Carvers had three players awarded to either the 1st or 2nd team. The 1st teamers included Willie Merriweather and Billy McGill, the first overall pick in the 1962 NBA draft and a part of the Grand Rapids Tackers franchise. The 2nd teamer for the Carvers was Hubie Marshall who went to La Salle University and averaged 21.3 PPG in his college career.

The Carvers played their final NABL season in 1968. They continued to play as an independent team in 1969 until the team officially ended.

After 40 years without a semi-pro team in Holland, The Blast finally emerged in 2006. In their inaugural season, the Blast finished with a  14-8 record under coach Terry Smith and finished 4th in their division. They made the IBL playoffs but lost in the semifinals. The Blast had three all-stars that year: Jared Bledsoe, Dennis Springs, and James Jackson, all of whom averaged at least 20 points per game. In the 2007 campaign, the Blast finished the year at 10-12 and had two all-stars: Dennis Springs and Dominick Melton. In 2008 there was no record of any games that the Blast played and seems that the league didn’t have a regular season that year. The Blast resumed play in 2009 filled with optimism for the upcoming season. Reported in 2009 by the Holland Sentinel, Duane Bosma, a key player for the Blast and father of current sophomore Blake Bosma, thought the 2009’s team would have a good year. “I really believe this might be the best team we’ve had in the four years I’ve been with the Blast,” he said. “I think we can win 15 games if we play like we’re capable of.” His prediction for the team became a reality. In that season the Blast had a 15-4 record and finished first in their division, but the team had no all-stars that season. This changed in 2010. Although the team had a drop-off going 7-9 and 5th in the division, they had two all-stars: Julius Vines and Eddie Spencer. This was the end of another team in Holland; The Blast was over.

It didn’t take long for another team to emerge. The Dream came into existence in 2012 and had the shortest life of any semi-pro team in the Holland area, only lasting one year and playing in only ten games. They started the year hot out of the gate going 3-1 in the first four games and won some big games at home, though in the second part of the year was more dismal at 1-5. Later that year the team folded and became the last semi-pro franchise to play in Holland, MI. The team left a bitter taste for the fans in Holland with a bad home performance to finish the year losing 150-134 to the Chicago Redline.

Holland basketball fans are crossing their fingers hoping for a new semi-pro basketball team to show up soon.