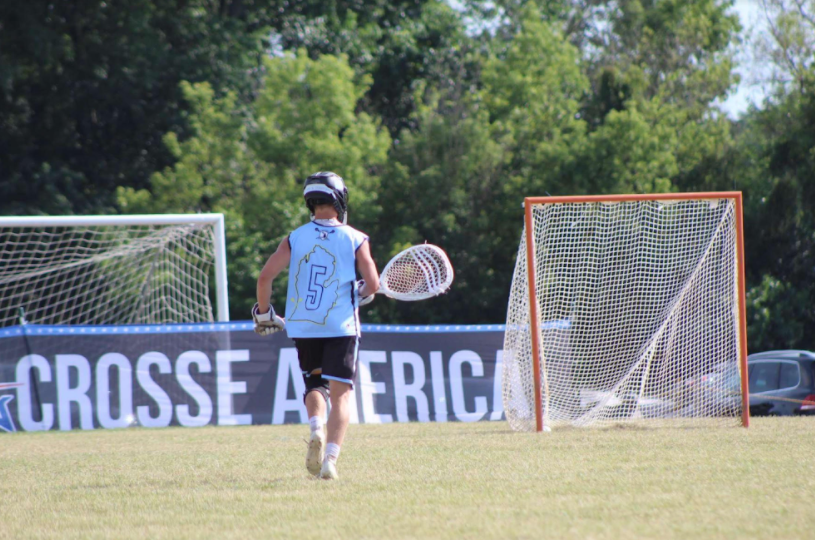 “Reese, first and foremost, is an outstanding young man of character and integrity. It might sound cliched, but Reese is the type of young man everyone would be proud to call their son. When I reflect back on Reese, a quote from JFK really resonates with me: ‘Change is the law of life. And those who look back only to the past or present are certain to miss the future,’” Football Coach and Assistant Principal Ryan Oshnock said.

West Ottawa senior and tri-sport athlete Reese Bentley is an expert when it comes to the changes brought on by injuries. Whether he is on the field or on the ice, Bentley has learned to make the best out of the worst situations.

Being an athlete for nearly all of his life – playing hockey, lacrosse, and football since the second grade – he is no stranger to injury.

“Reese has never been afraid of competition or contact in sports, he gives what he’s got in every play. He shows up not for himself, but for his team; something bigger than himself,” mother Terra Bentley said.

“I don’t want to start listing injuries because I’d surely miss some because he has had a lot,” lacrosse coach Rick Becker said.

Bentley sacrifices hours, days, weeks, months, and years of his life for the sake of learning, training, competing, and most importantly, recovering.

“I have had many little injuries that have taken me out of sports for some period of time, so it’s hard to say how many I’ve actually had,” Bentley said.

Bentley recalls three specific injuries that burdened him more than the rest: a dislocated shoulder, a severed tendon, and a hyperextended knee.

In August 2019, Bentley faced his most significant injury.

“My biggest injury was dislocating my shoulder and getting surgery. The recovery process laid out seemed simple but was complex in the sense that my shoulder did not know how to function.”

“Reese tore his labrum almost completely away from his shoulder, meaning that there was nothing there to keep his shoulder in its socket anymore. It was going to require surgery,” Terra said.

After Bentley’s surgery on September 20, he began his healing process. When it came time for recovery, intensive steps were vital.

“After surgery, he spent many hours not only going to physical therapy, but also waking up in the early morning hours before school to do rehabilitation on his own; everything from lifting weights to hand eye coordination. He got himself fully rehabilitated way ahead of expectation and during the last three weeks of the hockey season, he was able to start skating with the team,” said father Ryan Bentley.

“I am still recovering from my shoulder injury. Setbacks keep happening that cause pain and instability, but I am still working really hard to get it back to one hundred percent,” Bentley said.

In February 2020, soon after recovering from his shoulder injury, Bentley faced an incident where the tendon in his finger was cut by the blade of a hockey skate, requiring another surgery. In June 2020, Bentley then hyperextended his knee during drills at football practice.

“It seemed like one thing after another with him and he continued to push through it,” hockey coach Caleb Duckworth said.

Bentley and those closest to him have seen him endure a great deal of adversity throughout the course of his injuries.

“These injuries affected me in many ways. Of course there was the physical pain, but that wasn’t the worst of it. The mental and emotional pain of constantly being hurt and missing out on so many things was the worst part. Sports were what I turned to for everything,” Bentley said.

The suffering Bentley faces throughout his injuries do not go unnoticed.

“These injuries had a huge impact on Reese’s life as his mental toughness was tested on so many levels. I can remember on multiple occasions having conversations with him about how the pain from the surgeries and not being able to compete weighed heavily on him. His mental toughness was tested, but God gives his toughest challenges to the strongest soldiers,” Bentley’s friend and teammate Sr. Isaiah Reynolds said.

Although rehabilitation has not always been pleasant, Bentley has had his support system of coaches, teammates, family, and friends by his side. 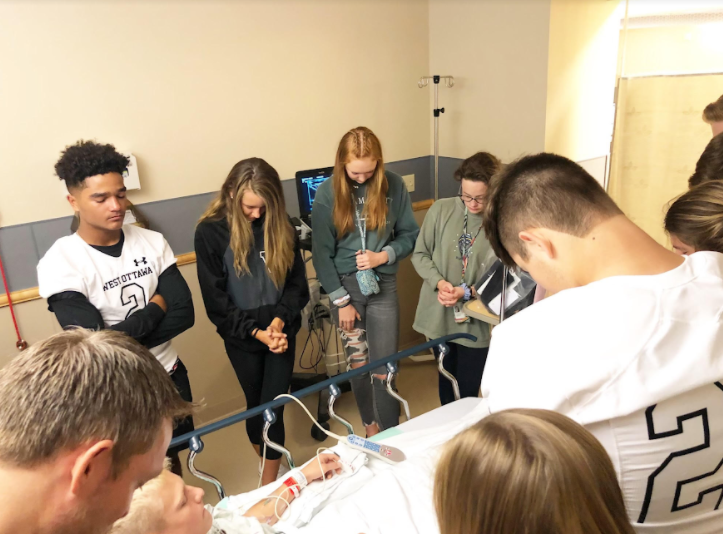 “We made sure he knew he wouldn’t be doing it alone, that we would all be there to help him in any way we could. But, the reality is that we could just be encouragers for him,” Terra said, recognizing it was Bentley’s own willpower that would get him through his hardships.

Recovery, while necessary, is not ideal as athletes never want to miss any aspect of their sport. It requires a level of perseverance that not everyone is capable of. Still, Bentley has found ways to make his time off from sports beneficial.

“I’ve learned many things: patience, perseverance, how to self-motivate, and how to keep moving forward and face every problem thrown my way head on,” Bentley said.

Bentley has transformed these obstacles into chances for himself to grow, to which his coaches, teammates, friends, and family members can attest.

“Reese is the unluckiest, most injury-prone guy I know, but also the most resilient. Each and every injury he has suffered, whether it has been from football, hockey, or lacrosse, he has bounced back,” friend and teammate Sr. Alex Toth said.

“As a parent, I have seen Reese learn many life lessons: he learned to prioritize his goals and aspirations, rely on close friends and family when times are tough, and focus on the things that he can control, such as mental toughness, determination, perseverance, communication about what he is feeling, and learning to find the silver lining when the dedication and hard work does not pan out to result in one’s preconceived goals,” Ryan said.

Through each injury, Bentley is able to remain strong. Neither a dislocated shoulder nor any other injury can keep Bentley from doing what he loves.

In the coming years, Bentley plans to continue his lacrosse career at Hope College where he plans to study pre-med.

“I can’t wait to see his success in his senior year and beyond. His toughness and grit are going to continue to serve him well on the field, on the ice, and well into other aspects of his life. Some guys you just want to cheer for,” Becker said.