My perspective: This age of politics 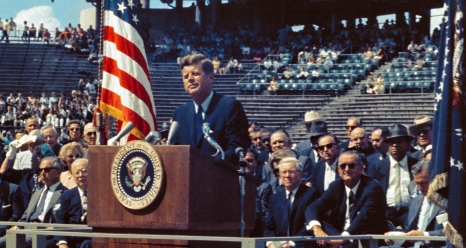 Eleven Films released an ad following the impeachment of Donald Trump. The ad showed videos of Trump acting like a conductor during the National Anthem, mocking a disabled reporter, and throwing paper towel at a crowd in Puerto Rico with Adam Schiff’s commentary overtop.

The ad ended with “Do you remember America? We do,” followed by videos of Teddy Roosevelt and John F. Kennedy.

I know that ad resonated strongly with older generations, but I can’t relate. I don’t remember America. The only America I know is the one that puts political parties above everything else.

As a middle school student, I didn’t understand or pay attention to politics. The only information I had came from what my family members told me.

By high school, I started to pay more attention and form my own opinions.

When I was two months into high school, Donald Trump was elected.

I don’t think Trump is the only person to blame because I can’t imagine looking up to almost any of the politicians I see. Most of them act like children, and I don’t want to show my support for them.

Politicians should represent the best our country has to offer. Their inability to compromise has led people to disagree with everything the other parties says no matter how logical.

On February 26, Bernie Sanders tweeted, “I don’t think it’s radical to say schoolchildren should not have ‘lunch debt.’”

The top comment: School children shouldn’t get lunch if they don’t pay (with a lot of clapping emojis).

Is this how far politics have gone?

I’m sure most people don’t want children to starve and didn’t have a problem with free lunches, but now that Sanders said something, it’s an issue.

I don’t support Trump, but if he helped hungry children, I wouldn’t suddenly want children to starve because he’s the one who did something.

I wish people could just put aside their political differences for one minute to help our country.

I hope my generation can pull through to improve our country, but sometimes I feel like nothing will ever get better.

Greta Thunberg acts more mature than most of our politicians, and she has to deal with people sending out explicit stickers of her. I don’t understand why anyone would do that, no matter what their political leanings are.

I know there’s no way our country has always been this polarized because it would have collapsed by now. Americans worked together after World War 2 and 9/11, so does it really take some major event to bring people together?

I can’t remember a time when politicians didn’t act like children, and the parties didn’t hate each other. I don’t want another war or terrorist attack, but is that really what it takes to bring our country together?

On Wednesday, the House passed a bill to address the COVID-19, only two representatives opposed. On Friday, the Senate passed the bill.

The solution might not be perfect, but at least everyone agreed; however, immediately afterwards, they went back to arguing about how seriously we should take the virus.

I want a president who inspires rather than calls other countries, the other party, and congressmen sh**. I want representatives who are able to compromise.

I know older generations remember what our country used to be like, but I want to know.

Bring back the America that could make decisions not based completely on political affiliation.