Where are Trump’s returns? 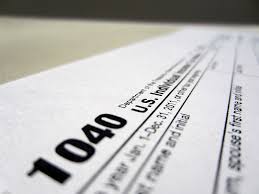 On January 24, 2016, Trump told Chuck Todd on NBC that he was working on it. “I have very big returns, as you know, and I have everything all approved and very beautiful and we’ll be working that over,” Trump said.

On February 26, 2016, Trump tweeted, “Tax experts throughout the media agree that no sane person would give their tax returns during an audit. After the audit, no problem!”

According to an Economist/YouGov Poll, in July 2016, 48% of Republicans agreed that Trump should release his tax returns. Then, the argument changed from when his tax returns would be out to whether they should be.

On Fox News Sunday in April 2019, Trump’s Cabinet Member Mick Mulvaney responded to whether voters would see Trump’s returns. His response: “Never, nor should they… Voters knew the president could have given his tax returns. They knew that he didn’t, and they elected him anyway.”

Mulvaney changed what Trump had been saying, and two days later, Trump said, “Remember, I got elected last time… Because frankly, the people don’t care.”

According to the same poll, by November 2019, only 19% of Republicans still thought he should release his returns. Nothing came out between the two polls that would make up for Trump not releasing his returns. The only thing that changed was Trump got elected.

There is nothing logical about no longer wanting to see Trump’s returns because he doesn’t want them released anymore.

Contrary to what Trump says, many voters still care. Out of all adults, 52% still wanted to see Trump’s returns in November 2019. It would be logical to release something that a majority of voters want before the next election.

There is no good reason Trump shouldn’t release his tax returns unless he is hiding something. So, what could he be hiding?

Jeff Hoopes, an associate professor at the University of North Carolina’s Kenan-Flagler Business School, told NPR that Trump’s returns could show whether “he has some kind of financial holdings or assets in a financial institution in Russia, that might contradict what he’s said about his relationship with Russia.” However, his taxes wouldn’t show why he is paying foreign taxes, so they could be a legitimate reason why.

Trump’s tax returns could easily not show anything concerning, and that is more reason for him to release them. His unwillingness is making him seem guilty.

On September 28, 2019, Republican Wayne Allyn Root published in the Las Vegas Review Journal, “Heck, Trump is now the most transparent president in history. He released the transcript of a classified call with a world leader. Meanwhile Barack Obama still has never released his college transcripts.”

Obama hasn’t been president for three years, so his grades are completely irrelevant, just like they were when he was president.

If Republicans care so much about Obama’s grades, it makes no sense that they don’t care about Trump’s tax returns, and if they seriously trust Trump, they should want his tax returns released to provide evidence of his transparency.