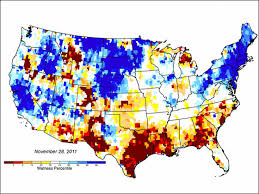 Matt Turner jumps out of bed. Today is the day he leaves. He has to make the long journey from Greensborough, North Carolina, to Dallas, Texas, for the 2092 Republican National Convention. As an avid, traditional, wholehearted Republican, Matt feels it is his civic duty to cheer on the Republican politicians at the convention and celebrate their good work.

Matt is a sturdy man. He’s five-eleven, has balding gray hair hidden under a cap, and wears exclusively polo. Matt proudly carries a mustache nestled under his large nose. He’s in his fifties and has two sons. He has multiple college degrees, yet somehow no student debt.

He drives a Land Rover SUV, and consistently listens to the Sean Hannity Show on the radio as he drives.

After brushing his artificially-whitened teeth, spraying himself with cologne, and grabbing his Make America Great Again cap, Matt is ready for his journey. It won’t be an easy one. As the crow flies, Greensborough and Dallas are 994 miles apart. Matt has allotted three full days just to get to Dallas, because he isn’t sure what he’ll encounter along the way.

Matt drives to the port city of Charlotte, North Carolina, and boards the USS Jackson for the first leg of his trip. When he found out he couldn’t drive his Land Rover to Dallas, Matt was bummed. He loved hearing the roar of his engine driving the old-fashioned way, even if gas cost $8.34 per gallon and his Land Rover only got 13 miles to the gallon. He cursed the wildfires in Tennessee that prevented him from driving to Dallas. The Great Smoky Mountains had been on fire for the last seven months, and he was so sick of hearing about them on the news and of the inconveniences they kept causing him.

Matt settled into his first-class bunk. He rolled his eyes that the coffee in his room was “Rainforest Alliance Certified” and decided not to drink it. He was tired of the “recyclable toothbrushes” and “carbon-negative” cups. What happened to the good old days, when disposable razors made life easy and Walmart sent them right to his door in a two-cubic-foot box full of bubble wrap so they surely wouldn’t be damaged?

Matt looked out his small porthole window. He squinted. Between the flashes of color from the ever-present oil slick on the water, Matt thought he could see something out on the water. He looked closer. He was able to make out two otters; they were floating on what looked like a plastic five-gallon bucket sitting in the water, trying their best to stay clear of the water. They were covered in the black oil, their whiskers and fur dripping in the thick liquid. Matt watched them, entertained by their simple, childish nature, and thought nothing more of it.

Matt dozed off for a while and awoke, startled by the loud voice coming over the speakers. It was the captain. “We’re sorry for the inconvenience folks, but we’re going to have to make an emergency stop. It seems that the intense heat wave we’ve been experiencing has upset the wind patterns, and there’s a hurricane on the way. It’s only category two, but we’ve still got to get out of its way. We’ll scurry along to Atlanta and dock up there while the storm passes.” Matt groaned. Another one already?! There were two hurricanes last week! One was bad, a category 4.5, the third one of the year above category four. Matt was grateful this one was only a two, and after all, this was why he had planned three days to sail to Dallas.

As they made their way to Atlanta, Matt missed the days when he could drive from Greensborough to Dallas. He was very young back then, but old enough to remember the 16 and a half hour drive with his father. Then, apparently out of nowhere, the oceans started rising. Some claimed it was because of the melting arctic ice, but he never believed the fake news. Florida is completely underwater, along with much of the southeastern United States, and now he has to travel by sea to Dallas. Hurricanes, heat waves, wildfires, entire states underwater, what was this world coming to?

The USS Jackson docked in Atlanta, and stayed for the night. The wind blew, making horrible noises within the passageways of the ship. Matt tried his best to get some sleep during the night. At dawn, they were on their way again, dodging debris caused by the intense storm the night before. Matt went out on the ship deck to get some fresh air and have a smoke. He quickly had to come inside again because of the stench of dead fish. The smell had become a perpetual reality anytime one was near the sea. There were constant fish floating in the waves, as the less resilient species died off. Some claimed it was because of “ocean acidification” and “warmer ocean temperatures,” but any self-respecting man knew that was yet another fabrication of tree-huggers. Matt returned to his bunk, still trying to rid his senses of the fish odor. The rest of the trip went fairly smoothly, and the ship arrived in Dallas.

Matt arrived at his hotel, freshened up, and prepared for the Convention. He wore his tailored suit and red tie. He pinned on his red, white, and blue Republican elephant pin on his chest, and headed to the event center. He passed through security and sat with the crowd of people inside. The space was buzzing with the chatter of excited, passionate people, and Matt loved it. He couldn’t wait for the speakers to start. The first speaker came out. His first line made the crowd go wild. He said, “Hello my fellow Americans! The liberals are killing our booming economy with their diseased ideas! Can’t we all agree that this ‘climate change’ is a total hoax?”