A Project for Better Journalism chapter
The West Ottawan
Uncategorized 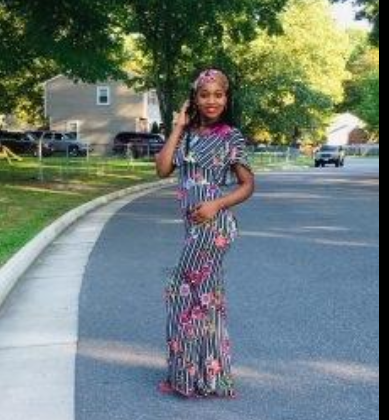 It has been more than a month since Aline Mapendo died after a car accident on the corner of James and Butternut. For her family and friends, it still feels like it happened yesterday. Every day, those who knew Mapendo miss the joy and laughter she brought to their lives.

Mapendo was raised in a family of six children, the third among two sisters and three brothers. Mapendo was raised by her grandparents who loved her and who were very supportive of her. Mapendo began life in the Republic of Congo. The family moved to the United States in 2015 when she was only 12 years old. The family arrived in Virginia in 2015 and lived there for four years before moving to Michigan three months ago.

Mapendo was a funny,  kind, and generous person who listened to her parents. The parents’ role in Mapendo’s life was to make sure Mapendo went to school so that one day she would graduate and live a life they so wished her to live. The goal of Mapendo’s parents was to raise her to become independent and to support herself and the whole family in the future.

A friend of Mapendo’s, Paul Kaba, shared some memories of Mapendo. Kaba said, “She was my friend, and she was very nice. I was trying my best to be a nice person to her. It is very tragic, very sad. I lost one of my friends. I was crying all of that day. I was like ‘Oh God, why?’ She was a new student, and I was trying my best to help her. I remember she was asking for some help with math. It’s all so sad.”

Mapendo’s death has been very hard for many of her friends to deal with. Something like this takes a toll on a school and a community. No matter what, though, her impact will be forever remembered by her friends here at West Ottawa.

In her passing, Mapendo will be recognized for the light and joy she brought to her family, friends, and peers. The West Ottawa community is grateful for the time they had with Mapendo. She will continue to be missed greatly and remembered every day.