Weed is legal but not local 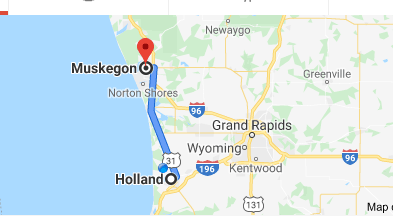 A 21-year-old is able to go to Pete’s Place, Walgreens, or D&W to buy a six-pack of beer; all three are in a two block radius. However, the same adult who wants to buy three grams of marijuana can not and will not be able to in the local area. Holland City Council voted to opt-out of legalized dispensaries. This adult would have to travel all the way to Muskegon to buy marijuana.

On November 6, 2018 the citizens of Michigan voted to legalize marijuna dispensaries for recreational use.

Today, November 14, 2019, legal dispensaries do not exist in Holland or in the surrounding towns. The proposal took years to get on the ballot. After the passing vote, nothing has changed.

For the people who are wondering when a legal dispensary will be accessible in Holland, the answer is never, at least no time in the future.

Soon after the state voted, communities held council meetings to address what was going to happen in their jurisdictions. Holland had a meeting open to the public, so citizens could ask questions and provide input.

Holland City Manager Keith Van Beek said the people of Holland spoke out against the legalization as it did not help our community directly in any way. The taxes on marijuana products don’t go to the cities, but directly to the state. Citizens then argued that the high tax of 15% can be put toward helping fix the roads as they are in need of repair. However,  more people said it would not bring any benefits that medicinal marijuana does not already; it was seen as unnecessary. The nine elected officials of Holland then voted publicly; the vote was unanimous to not have legal dispensaries in Holland.

“Citizens were involved in two ways. First, the state vote on the issue resulted in it passing statewide, but both in Ottawa County and the City of Holland the vote was against,” Van Beek said. At a previous meeting there was discussion on the topic; a few weeks later the council voted, giving the public plenty of notice of the vote. “As a council, we voted no on the legalization of recreational marijuana,” said Former Mayor Nancy De Boer.

This whole process did not seem fair to some as citizens claim they were unaware the final decision would be made by local government officials.  During the city council meeting, some of the government officials brought up points to justify opting out.

“Voters on the statewide issue were against it in the county and city, because police suggest against it because the state did not post rules of how these businesses would be regulated, and largely because it is still against federal law and it’s only a cash business which has many negative implications,” VanBeek said.

Legalizing marijuana for recreational use is new to the country because only five states have it legal, and there are not many regulations for the whole process of distribution.

Currently, there is one medical marijuana dispensary in Holland, Pure West Compassion Club. Because Holland opted out, though, it will not sell recreational marijuana.

Even though Holland will not have any recreational dispensaries, the town will still benefit from the taxes. The taxes go statewide and will help to benefit every town in Michigan.

For everyone who was disappointed to hear about Holland opting out of recreational dispensaries, it is still legal to smoke marijuana in marked areas like a private residence like a home or land. Owning marijuana in Holland is completely legal, a person over the age of 21 is allowed to have 2.5 grams with them and in a nonpublic place, it is legal to possess up to 10 grams. It is also legal to grow up to 12 plants in a private area Michigan.

An adult can possess marijuana in Holland, but he has to buy it somewhere else.