“He is definitely living his dream job.” 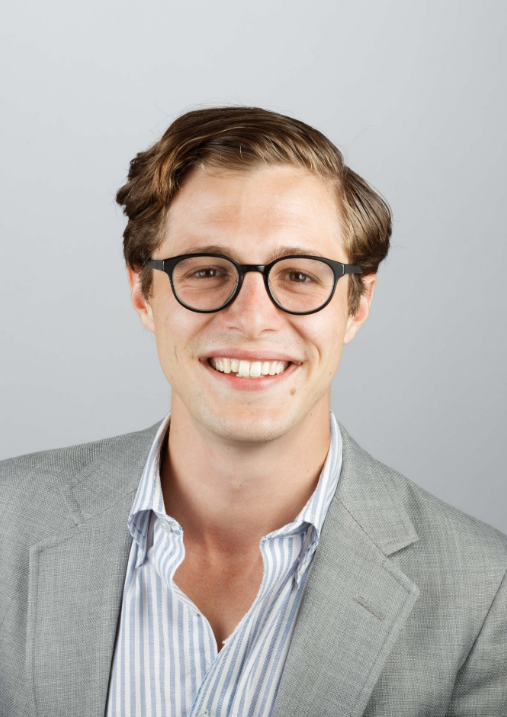 In the spring of 2010, then Sr. Gavin Bade wrote the longest articles ever published in The West Ottawan.

“He would write these huge articles,” Instructor Ken Strobel said, “then argue effectively that they were huge because he was dealing with big ideas. He’d argue that there was an audience interested in digging into a topic in great detail.” Bade won those arguments, and his long articles were published as written.

“I loved working with him. He had big ideas and wrote big articles to present those ideas,” Strobel said.

As a high school student, Bade was bold, passionate, and meticulous. He has relied on those same traits to find success in college and beyond.

Nine years after graduating from Georgetown University, Bade is writing articles for Politico, a political journalism company based in Arlington, Virginia. In September, Politico published Bade’s article “The oil industry vs. the electric car,” The detailed article tops 2,000 words.

Bade credits West Ottawa for paving his road to success.

“I had really great teachers who opened me up to a diverse set of journalism,” Bade said.

Instructor Bob Jerow taught Bade in AP Macroeconomics. Jerow enjoyed discussing big ideas with Bade..”He was an honest intellectual, not full of himself or his knowledge,” Jerow said.

Bade was inspired through these discussions and through the content of the course. “Jerow was the first person to put a column magazine in my hands. He said ‘They may be conservative, but they’re good reporters,’” Bade said.

AP U.S. Government and Politics Instructor Bre Bartels recognized Bade’s passion for politics in high school. “We simulated a Washington D.C. ballroom where students had to play the role of lobbyists, politicians, and government agency administrators. He dressed up for the role in a full suit and tie and lived up the role he played to the fullest,” Bartels said.

In AP U.S. History (APUSH), Instructor Brian Taylor often has students think critically about what they read by analyzing the accuracy and arguments of sources. Bade took APUSH his senior year and learned “just because that’s the narrative that’s out there, doesn’t mean that it’s the true narrative, and I saw journalism as a way to combat that,” Bade said.

“He made a particularly good prosecuting attorney when we put U.S. “Imperialism” on trial; using his razor sharp wit to eviscerate his opponents’ arguments,” Taylor said.

Bade started writing for The West Ottawan his senior year. “I liked asking people questions. Just because I had a recorder, I could go up to an adult and ask whatever I wanted. It was really empowering walking in, and all of a sudden we were on an even playing field, they had to answer to me,” Bade said.

Bade wrote about topics that interested him: offshore drilling, education reform, immigration laws: topics that most other students shied away from.

“He posed some tough questions that were thoughtful about the way things work,” Instructor Kristen Renes said. He didn’t know at the time that he would end up revisiting many of those topics once he left high school.

“Because of the teachers I had, I knew I wanted to get into political things,” Bade said. Bade decided on Georgetown University in Washington D.C. where he studied Culture and Politics, but he still didn’t know exactly what he wanted to do.

Georgetown ended up being the push out of his comfort zone that Bade needed.

Bade started writing for the alt-weekly, The Georgetown Voice, his sophomore year. He quickly learned that college journalism was a huge step-up from anything he had done before. Being from Holland, Bade didn’t have the same exposure to cultures as students from bigger cities.

“I remember the first editorial board meeting and coming in there with kids my age just so much more sophisticated. They had an understanding of the world,” Bade said.

Bade was overwhelmed at first, but overcame that by putting in work and embracing new cultures around him. “That was really fantastic for me, and I think it made me more naturally inquisitive and wanting to go after stories,” Bade said.

The same year, a movement showed Bade what he should do. “There was this activist movement called Occupy. They came to these public places and just stayed for days and weeks on end,” Bade said. “What I saw in the media, it was exceedingly bad or exceedingly good. One of these spots was a mile from campus, so I thought ‘I should go and interview.’”

Person by person, Bade went around the camp uncovering the motivations behind the movement. “I remember coming back to my room and having hours upon hours of interviews to transcribe. I just couldn’t stop. I thought ‘I can do this,’ and I never really looked back after that,” Bade said.

Unsurprisingly, Bade’s article was extremely in depth and captured a true picture of life inside the societies the movement created.

Bade continued to write for the newspaper using his bold approach. At one point he interviewed the President of Argentina. He asked her why Georgetown students got to ask her questions when journalists in Argentina didn’t. He started his own column, “City on a Hill,” served as the News Editor, and then the Managing Editor.

By his senior year, Bade had worked his way up to Editor in Chief. He had internships at WGVU, National Public Radio, and The American Prospect, but after graduating, he was struggling to find a job.

He had the chance to write for a new progressive magazine, but failed the writing portion of his interview. “It would have been awesome, and I choked. I couldn’t cut it. And I thought ‘Wow, maybe this is not it.’ I’m running out of money, I’m literally sleeping on the floor of a frat house, which wasn’t mine because I wasn’t in a frat,” Bade said. “I thought I was going to have to go back to Michigan with my tail between my legs.” Still, Bade didn’t want to give up on his passion.

Then, one of Bade’s friends told him about a new energy magazine start-up. He went into the interview thinking he would write about educational policy because he did in high school and college, but they wanted him to write about environmental policy.

Bade was hesitant because “I would be working for all these electric companies, you know, the biggest contributors in the energy scheme,” Bade said. “It kind of dawned on me, that’s exactly who you want to write for. I could write for these other outlets and have a bunch of like, you know, head-nodding liberals at their computers saying ‘yeah, that’s right’, ‘I think that he’s right’, but that doesn’t move the needle politically.”

Utility Dive hired Bade in 2014. “It was tough to start out with, but luckily that young company gave me my break. They took a risk with a lot of people, and they definitely took a risk with me,” Bade said. “It was crazy, but I was happy.”

Bade still had a lot to learn, but by putting in the same passion and work he always has, he learned all about the energy sector. He worked as Senior Editor and Reporter until being hired by Politico this May as an Energy Reporter.

He always had the drive, but now he has the expertise. Bade has kept his boldness, passion, and meticulousness throughout his career and found success. “I don’t know if I could do anything else. I feel exceedingly lucky to be a working journalist in Washington during such unprecedented times,” Bade said.

Bade couldn’t have guessed where he would end up, but people who knew him in high school could have. “He possesses the ideal qualities of a journalist,” Taylor said.

Many of Bade’s former teachers are happy he has taken on such an important responsibility in society. “He was focused on getting to the root of the issue and the truth behind the position. He’s decided that his place is in journalism, doing something to represent and maintain the integrity of that news form,” Instructor Mike Jaeger said.

“It’s always cool to see a student that sticks with a dream or a goal that they had in high school and ends up working in a career path that is closely related,” Bartels said.

Right now, Bade can only focus all his attention on reporting in D.C., but he hopes to move back to the Midwest at some point.

“I just got to keep chasing these stories,” Bade said.