One man and his stuffed animals

I watched the scenery flash past me on the way to my niece’s birthday party. Behind me sat my sister Bethany and her boyfriend, Ryan Webb. They both had blank expressions on their faces as they gazed at the landscape outside. Then, Ryan’s eyes focused like a hawk on one particular area and his expression changed dramatically.

He pointed out the window to his right. “Do you guys see that raccoon on the side of the road?” It’s legs were sprawled out and body limp.

Ryan saw something we didn’t. “Can we stop? It’s in pristine condition!” Ryan begged my dad. This wasn’t the first time Ryan asked him to pull over for fresh roadkill.

My father gave out a long sigh. “No, I don’t want that thing in my van,” he responded. I could see the look of disappointment on Ryan’s face.

While at the party, I saw Ryan still trying to talk to my sister about the raccoon, with  disappointment on his face once again as she kept changing the subject.

On our way home, we passed by the raccoon once more, still laying on the side of the road. I saw Ryan’s eagerness. “Please, can we stop?” After a few more requests, my dad pulled over. I watched Ryan happily leap out of the van and hustle towards the raccoon. I got out to join him because anything was more interesting than the car.

Ryan is always looking to add animals to his taxidermy collection.

My brother-in-law started taxidermy in 2010 as a sophomore in college. He doesn’t recall the exact moment he joined the hobby; however, he recalls how he learned to stuff animals.

“I learned to taxidermy through an online website called taxidermy. net,” he said. “First, you take measurements of the animal: like the nose to the eyes, the eyes to the mouth, etc. Then, you skin the animal, and get rid of the parts you don’t want to keep.” Ryan has to be careful as he skins each animal so he doesn’t puncture any organs. Any mess up could ruin the skin.

“Usually, bone work — skinning, removing the eyes and the brain — takes about two hours. For deer it takes me about one hour, but it depends on the size of the animal and how fast people work.” The taxidermy of entire animals can take up to six hours just measuring, skinning, and sizing the animal. Sometimes he makes extra adjustments along the way, so the final product turns out how he wants.

From there, he preserves the skin. Birds and fish are preserved with borax, and other hides with salt. As an extra step, a taxidermist can choose to “pickle” the skins in a salt solution and mollify the acidity with baking soda. Waiting for the hide to dry can take up to a week. The main goal of preserving the skin is to remove any flesh left on the hide before tanning it.

Using the measurements he took earlier, Ryan prepares a form. “You can make or buy a form. I usually buy mine because it is easier,” Ryan said. The forms are made of compressed foam and shaped like the animal. Sometimes the animal is too small or large for the form. If the animal hide doesn’t measure up with the form, Ryan may use plaster to build up the form how he wants. 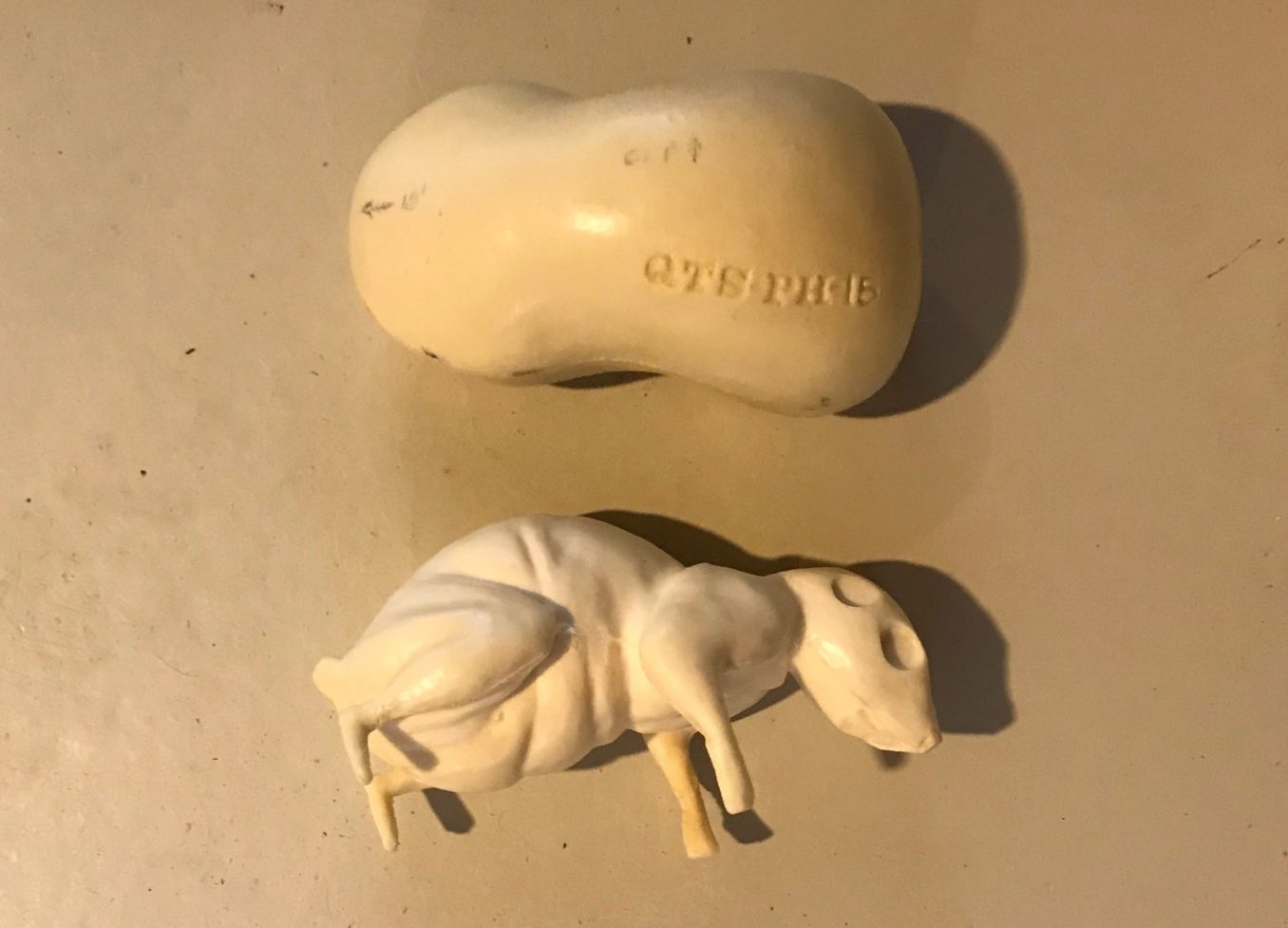 Next, Ryan places clay on the eyes and other parts to prevent shrinking. “The face is especially important to put clay on because it is likely to be shrunk. Also, most people look at the face when they look at taxidermy. It’s the most essential part,” Ryan said. Taxidermy requires Ryan to think of how he wants the final product to look and takes the steps to get there.

Ryan started taxidermy with skulls and turkey tails. Now, he takes on larger projects including squirrels, other rodents, and deer. His favorite animals to stuff are birds because they are “easy to hide mistakes.” His greatest wish would be to taxidermy a peacock because of their immaculate feathers.

Just like an artist, Ryan puts time and effort into his work. “It provides a sense of accomplishment, and the finished work displays my talent,” Ryan said. Mastering the art of taxidermy requires attention to detail. The quality of the work depends on the level of preservation. Through the process, Ryan sees how the animal hide is reacting and adjusts his technique as he goes. The more realistic he can make the animal look, the more accomplished he feels.

Taxidermy is a messy art. “I’d say the worst part is when you get an animal with a rotted skull or when you are removing the eyes, and they pop,” he said. Despite the mess and time, Ryan still enjoys his work and encourages other hunters to try taxidermy.

Ryan keeps all his taxidermy showcased in a room. On one wall hangs eight deer skulls with their massive antlers still attached. Another wall contains skins and bones of animals ranging anywhere from deer and beavers to squirrels and mice. A huge, colorful masterpiece of turkey feathers, displayed perfectly, takes the attention on the other side of the room. A magnificent black bear looks up from the ground with its sharp teeth exposed. Just like an artist, Ryan takes great pride in his collection. 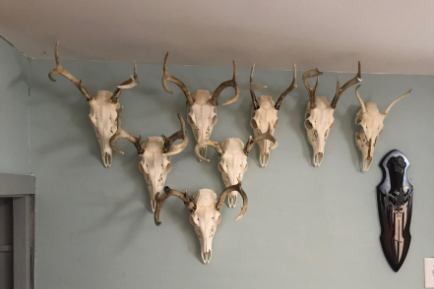 To this day, I have never forgotten the miraculously alive raccoon. Most people ignore roadkill, but Ryan sees what the animal could be. Ryan is an artist, and his work is proof.