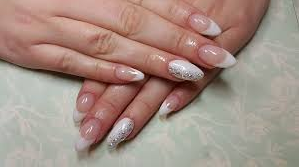 I sat in math class on a cold, dark, and windy winter afternoon. I couldn’t help but watch as the snow whipped against the window to my left, making a distracting sound. Yet the weather was not my biggest distraction considering that the girl to my right tapped her fake nails on the thick plastic desk.

From that point on, all I could think about were the nails. However, the tapping wasn’t the problem. The real problem was the germs. Not the germs on my desk or on the floor or on the wall, but the germs underneath her nails. I had stumbled upon a YouTube video a few weeks prior that revealed how germs, bacteria, and even feces can collect more frequently underneath fake nails. Each tap on the desk reminded me more and more of how filthy fake nails are, and as the period went on, my productivity slowed to a standstill.

My uneasy feelings quickly took a turn for the worse as the teacher announced we had to work on a partner activity with the person to our right. Not trying to offend my classmate, I diligently worked through the activity, though I immediately separated myself from her as soon as we finished.

No offense to anyone who wears fake nails, but they’re disgusting. Not disgusting in a fashion sense, but in a sanitary sense. The nails themselves aren’t gross, and anyone could pull them off. If fake nails were completely sterile, I wouldn’t care if people wore them. The problem for me is cleanliness. Think about it. After using the restroom, people rarely scrub underneath their nails with soap and water, let alone wash their hands in the first place. Even if people scrub with soap and hot water, bacteria and feces can remain underneath the nails. I certainly wouldn’t want to come in contact with someone with feces under their nails, and most people wouldn’t either.

We obviously don’t live in a clean world, and there is nothing that anyone can do about it. But germs, bacteria, and feces should be avoided and would be easier to avoid if people didn’t wear fake nails.

In the past few years, hospitals have banned health care workers from wearing fake nails. Not because they look bad, or because they could scratch someone, but because they are a health concern. An Oxford University study found that 86% of health care workers still had pathogens present after washing their hands when wearing fake nails compared to 36% with natural nails. The science is clear: fake nails carry more pathogens compared to natural nails. It doesn’t matter how “cute” or fashionable they are, what matters is that fake nails are dirty, and for most guys, including me, they are unappealing.

For all the boyfriends, if your girlfriend is wearing fake nails, ask her politely to stop. You could save a couple of sick days or your relationship altogether. And for the girlfriends, don’t take the chance, just ditch the fake nails.