What I wish I knew 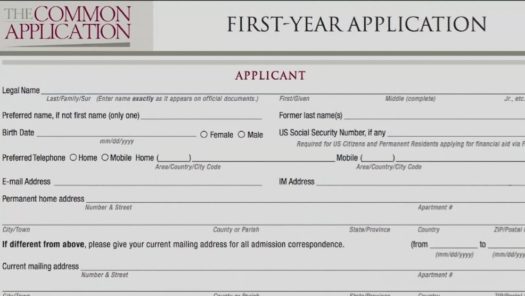 I walked into the kitchen on a Tuesday afternoon of winter break and made the announcement. “Mom, I’m going to Hope next year.” While she was surprised by the abruptness of my news, I could tell she was happy with my choice. All school year I had been stressing out about what college I would go to the following year. Finally, I made a decision and everything was perfect.

Well, not quite. After going through the college application and decision process, there are a few changes I would make.

When I started researching colleges at the beginning of junior year, I mostly looked at schools in Michigan and bordering states. At this time, I was certain that I wanted to stay close to home.

To learn about the schools, I visited their website, looked at pictures of their campus, and watched videos about them. When I found a school that looked good, I wrote it in a Google Doc to look back on later. If a school was too expensive, I did not write it on the list. I also mainly researched small, private, liberal arts schools because I felt confident that is where I would end up.

When looking at schools, I should have kept a more open mind and researched a wider range of options. While I may have thought I wanted a small school in Michigan, without exploring my options I may have missed out on some great options. When it comes to the initial step of researching schools, there is no reason to limit the choices.

I also wish I would have kept an open mind about specific schools, instead of letting stereotypes or others’ experiences influence my opinions. While it is important to take others experiences and stories in to account, do not let them completely turn you away from a school. Just because one person had a bad experience doesn’t mean the school won’t be a great fit for someone else. For me, this school was Grand Valley. One person told me about a bad experience their friend had and mentioned that too many West Ottawa graduates go there. After that, I cross Grand Valley off my list and did no further research. Grand Valley may have been a great fit for me, but I will never know because I let one person’s bad experience prevent me from visiting.

Another aspect I would change is how I researched the schools. While the websites and videos are great tools for getting basic information about a school, they are only a starting point. One of the best ways to research a school is to talk to current students. This is a great way to learn about what life there is like, something a website could not show.

In the beginning stages of researching schools, look at a diverse range of colleges, keep an open mind, and start researching early.

I went on my first college visit at the beginning of junior year to a small liberal arts school in Illinois. I only looked at one other school that year and saved the rest of my visits for the summer before senior year. At the beginning of the summer, I created a list of ten schools I wanted to visit and planned to get to as many as possible in the following months. While in theory this sounds like a good plan, I underestimated how busy I would be with practice and work and ran out of time to complete any visits.

Once senior year rolled around, I knew I had a lot of visits left to complete, but the stress of missing school and practice made it difficult to schedule any. Throughout the year, I only ended up visiting two more schools.

Looking back, I wish I was more organized at this step. Coordinating visits with family, work, and school schedules can be difficult. For this reason, it is important to plan ahead.

What I should have done is made a list of all the colleges I wanted to visit at the beginning of my junior year. Once I had that list made, I should have sat down with my parents to decide what months would be best to schedule each visit, preferably during junior year or the following summer. The first semester of senior year is stressful, so waiting until then to visit all my schools was a mistake. Once all the initial visits were complete, I then could have decided to revisit the schools I liked the best during senior year to help me decide on one.

I would also change some aspects of the visits themselves. While on visits, I should have taken advantage of the opportunity to sit in on a class. While the idea of going to a college class may seem scary, the education you receive is the most important part of college, so seeing how a class is run is critical. I also wish I would have done an overnight visit at my top schools. I think this would have given me a better idea of what life at the school is really like.

Deciding on a college based on a single four hour visit is very difficult, so multiple visits and an overnight stay would have been beneficial.

I applied to roughly 15 schools, and the list was very random. Some schools I wanted to attend, but some schools I knew I would not go to and only applied to because their application was free and easy.

I also wish I would have completed my applications over the summer. While it is tempting to relax and not think about school over summer break, getting the applications and essays done early would have taken a lot of stress off senior year.

When it comes to applications, be organized, and starting early is highly beneficial.

One day over winter break I decided I was tired of not having an answer when people asked me where I was going to college. Although it was only December, many of my friends had already made their decisions, and I felt like I was running out of time to decide. At that point, I felt fairly certain I knew where I wanted to go, so I walked into the kitchen and announced to my family that I chose my school.

A few days later I submitted my deposit and made the announcement to all my friends and family. At this point I felt good about my choice and relieved to be done with the decision process.

Unfortunately, about a month later I began to regret making my decision so quickly and started to discover other schools I was interested in. At that point, I had already submitted my deposit and told all my family, so it was too late to change my mind.

Most importantly, I wish I would have realized that I had plenty of time left to decide. Everyone makes their decision at different times; some people have had their dream school picked out since they were a child, while others have no idea where they want to attend. At the time I felt like everyone already made a choice, but in reality many people were still undecided. As long as a decision is made by May 1, there is no reason to rush the process.

While in the end I chose a school I’m excited to attend, there are a lot of changes I would make about how I handled the application process. Overall, being organized, planning ahead, and keeping an open mind would have made the process simpler and less stressful.