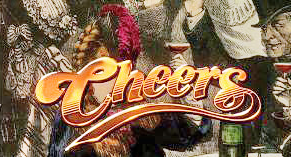 I sat on the table eating tangerines, listening to my friends’ conversation.

“Do you remember Full House?” my raven haired friend asked, putting down her salad.

“Yes! Man I used to love that show!” one of my other friends exclaimed, while another nodded her head vigorously.

I only hummed, nodding.

“I heard that Netflix has a sequel,” my friend said.

“Because Full House is better than the sequel. Fuller House is basically the same thing, but it’s not the same man.”

“Mhmm, guess not everything can replace the classics”

The question is, do 80’s shows like Full House really deserve all the praise they’ve received? I decided to watch the best reviewed 80’s shows and see for myself whether they live up to their high ranking.

Just thinking about The Golden Girls gives me a headache. When I first started watching the show I made sure to have no expectations. All I knew was that The Golden Girls is ranked as the second best 80s sitcom by ranker.com, a crowdsourced ranking site.

The first few minutes of the show were somewhat amusing, but as the episode went on, my focus started to waver. I became so bored with the lack of real comedy that I began to write notes. Every now and then I clicked into a new tab to get some time away from the supposed comedy show.  Sure, there was the occasional line that made me laugh or smile, but overall I was not amused.

The only episode that was somewhat enjoyable was episode two. In this episode, Dorothy is excited because her daughter comes to visit, and she expects to see a ring on her daughter’s finger. However. her daughter shows up alone, making Dorothy fear that she won’t be getting a doctor for a son-in-law.

Dorothy’s friends and roomate feared Dorothy would make a scandalous scene at her daughter’s wedding when Dorothy was red in the face with anger as she was forced to interact with her ex-husband, who made comments about his new wife and lifestyle.

“What are you guys talking about? If I wanted to kill him, I’d do it after the wedding, too many witnesses here,”  Dorothy said, still somewhat bitter that her ex-husband was at her home. In the end, she restrained herself and feelings so that she wouldn’t ruin her daughter’s wedding.

After watching The Golden Girls, I prepared myself for all the cringy jokes that Family Ties may hold. Families Ties is ranked the third most hilarious 80’s sitcom, and hopefully it is at least slightly more comical than The Golden Girls.

The show itself is about a family. Similar to Full House, actually. The only difference between the shows are the interactions of the family members.

The show started off slow, but I tried to remain hopeful and stayed interested. After a few episodes I came to a conclusion: Family Ties is not exactly hilarious, but it’s not boring. Sure, it can be cheesy and predictable, but it also has a few hilarious moments and surprises mixed in. I think it’s a good kind of cheesy. Unlike in The Golden Girls, where most lines seemed forced and awkward, the comedy in Family Ties felt natural. I was entertained by the show and even decided to finish the remaining seasons.

Because it is ranked as the best 80’s sitcom, my hopes were high going into Cheers! After the disappointment of The Golden Girls and the pleasant surprise of Family Ties, I was not sure what to expect.

Starting the show was… interesting, to say the least. It reminds me of the show Friends, actually.

Perhaps I found the show hilarious because they more often than not have reference to baseball jokes. (The show starts off with six main characters. Five out of the six are baseball fans or have worked as a baseball player or coach.) The show starts off at the bar and usually ends there as well; the humor can be described around the same age group for friends. As it tends to have a lot of innuendo as well as reference that some people might find funny and others would probably be offended of.   The show also had a good combination of comedic effects along with real-life consequences.

For instance, when Carla jumped on someone’s back after they insulted not only her favorite baseball team but also her boss, who used to play baseball as a pitcher for the Red Sox before an elbow injury got in the way of his career. She then slammed the customer’s head into the table with all the vicious rage that can apparently be channeled by a 5’2” woman.

As hilarious as it was to see this small woman held back by two grown men struggling to keep her contained, the reality of it is that usually customers would call a lawyer to sue the woman and/or the boss for this kind of assault. In the show, he told Sam that “I won’t sue you if you fire her!” and pointed at the woman, who finally calmed down.

Perhaps, not all 80’s shows are worth watching, but some probably can’t be replaced. These shows are old fashion, their humors and inside jokes, along with old ways of saying things, can be confusing as well as difficult for someone to understand, this time and age. Yet, every show is something can’t be replaced because it was something that all families would sit down and watch.