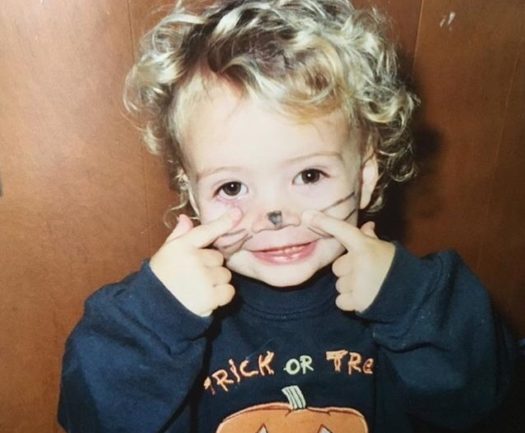 “I wasn’t going to tell you, but she said your hair looks like a squirrel’s tail the other day,” my best friend tells me as we’re sitting at the sixth grade lunch table. That hurt. Daily, I pulled back my hair to hide the curls, but my peers still found ways to insult me.

Being compared to a squirrel is one of the most rude comments I’ve ever heard about my hair, but not the only one.

In fourth grade, my class was learning about static. My teacher blew up balloons for everyone to stick on their hair. “You don’t have to if you don’t want to, I know curly hair can get crazy,” she said. Only to me.

At soccer practice in fifth grade, my team was going through a complex drill. “Do you know where to go?” I heard a teammate ask someone behind me. “No, I’m just following this girl with the fluffy hair,” she responded as she hit my ponytail.

In seventh grade science class, questions and comments about my hair were constant. “You don’t brush it?” “It kinda looks like you have dreads.” “Why don’t you ever straighten it?” “Do you ever lose stuff in it?”

At the end of the year in eighth grade, the teacher handed out paper plate awards to everyone. Mine, of course, was hair related: the “Chewbacca Award.” I laughed because I can take a joke, but inside I didn’t, and still don’t, want people thinking of Chewbacca when they see me.

Not everyone in elementary and middle school thought I looked like a dreaded squirrel, but the negative comments made me hate my hair when I was younger. My hair lived in a ponytail from 3rd through 7th grade, so I wouldn’t have to see the frizziness. Seeing my hair down was a rare sight that never lasted the whole day. One comment would have me reaching for the nearest hair tie.

Maybe the comments hurt because elementary and middle school me wanted what everyone else my age did: to fit in. Whatever the reason, I shouldn’t have let the negative comments affect me like they did, and I don’t anymore. I like to think that’s because I accept myself now, but that may only be because curly hair became “in” when I started high school.

Harper’s Bazaar posted an article last March with the title “Wild Curly Hair is the Trend Everyone Will Be Wearing in 2018,” and they seemed to be right.

Last year, I ended up in the same class as squirrel comment girl. She had “curly” hair this time. “It’s natural,” she told me. I wanted to say something rude, and I did in my head, but could I really judge her? I’ve always gotten attention, negative and positive, for my curly hair and that’s obviously all she wanted now that curly hair gets mostly positive attention. I’ve changed parts of myself to fit in, too.

Nonetheless, the encounter made me feel better. The same girl who made fun of me now wants what I have because she thinks curly hair is something to flaunt.

There might not be anyone on The Bachelor this year with curly hair, but I do see more people wearing their natural hair in my everyday life. I don’t hide my hair every day, and I haven’t been compared to a squirrel or Wookie in years.

Sleek, straight hair could have improved my self esteem when I was younger, but now I don’t think so. I know that having curly hair hasn’t affected my ability to do anything, so I shouldn’t really care about what others think.

Hair may just be hair, but me and my hair have been through a lot together, and I couldn’t imagine looking any other way. Naturally curly hair probably won’t go completely out of style again, but even it did, I’d still probably keep my curls.