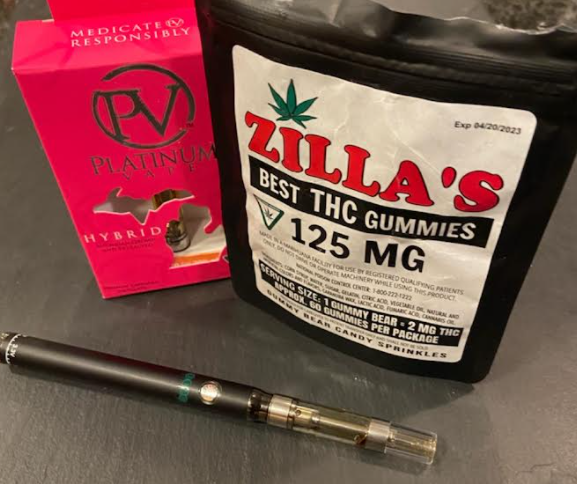 If you were listening to political discourse around marijuana legalization a few years ago, you’d know that there were only two possible outcomes: A new thriving industry which would spike employment levels and GDP, or a hellscape of increased crime, drug use, and alcoholism. However, the 19 states that have legalized marijuana seem to live in neither reality.

The strong claims by both proponents and opponents helped wield support for their causes, but blurred the truth about the effect of marijuana legalization.

Recent data studying the impact of legalized marijuana has made it clear: state legalizations have had only trivial effects.

History of Marijuana Legalization at the State Level

California was the first state to prohibit marijuana use in 1913 and by 1930, over 30 states had followed suit. Advocates of the prohibition of marijuana used white supremacy and racial prejudice against Mexicans to accredit crimes against marijuana and the people who smoked it.

From the 1930s until the 1970s, the federal government passed strict legislation outlawing marijuana. However, in the 1970s the stigma and attitude towards marijuana changed, especially among young people.

As the negative connotations surrounding marijuana began to change, the government repealed the mandatory sentences that led to the incarceration of many people in impoverished communities.

That all changed when Ronald Reagan was elected president in the 1980s. The Reagan administration initiated the “war on drugs” and reinstated strict legislation against marijuana use and possession.

While the federal government has had a history of criminalizing marijuana, individual states have been ending marijuana prohibition since the 1970s. Oregon, Alaska, California, Colorado, Maine, Minnesota, Ohio, Mississippi, New York, North Carolina and Nevada decriminalized the possession of marijuana before 1980, which eventually led to its legalization.

After scientific evidence suggested potential health benefits of marijuana as medicinal treatment, 33 states, including the District of Columbia, have since legalized the use of medical marijuana.

Today, the recreational use of marijuana is still heavily contested, but ballot driven initiatives to legalize recreational marijuana have led to the legalization in 19 states.

Many critics of the legalization of recreational marijuana claim that it would lead to an increase in crime rates partly due to it’s psychopharmacological effect on users. They also argue that legalization would increase the violent illegal trade of marijuana and that it would be easier for people to obtain it in places where it is still illegal.

Proponents of legalization claim the exact opposite: legalization of recreational marijuana will reduce crime. They proclaim that legalization will free financial and personnel assets to focus on other types of crime.

Both of these claims were found to be largely over-exaggerated.

Alaska, a place where violent crime trends above the U.S. average, saw an increase in crime post legalization of marijuana. This same increase was also found in Colorado and Oregon, two states who have been consistently below the national average.

States such as Maine, Nevada, and Massachusetts have seen the opposite trend. Compared to the violent crime national average, which is currently on a downward trend, these states have seen a decrease in violent crime after the legalization of marijuana.

With the current data available, there seems to be no causal relationship between the legalization of marijuana and violent crime. Instead, other factors such as education and the health of the economy are more likely to be a cause for the increase or decrease in violent crime.

Proponents of legalization also argued that marijuana sales would have an incredibly positive impact on economies as a whole. Disappointingly, these claims have not come to fruition. Cato Institute found that there was no significant difference between states that had and hadn’t legalized marijuana when it came to key metrics like employment rate, housing prices, or state domestic product.

That being said, arguably the most significant effect of marijuana use has been state tax revenue. Cato Institute found that states that legalized marijuana are receiving millions of dollars in additional marijuana tax revenue. For example, California raises $50 million each month from marijuana tax revenue, and Washington earned $70 million in its first year alone. This funding is very significant. For example, Santa Cruz County in California uses the money to fund health care visits for needy mothers and babies.

Marijuana, Drug, and Alcohol Use

A major concern for opponents of the legalization of marijuana was the impact it would have in correlation to the use of other drugs and alcohol, especially among youth. Many suggested that marijuana would become a gateway drug to alcohol, cocaine, and other dangerous drugs.

Upon further research and studies done following the legalization, no correlation between cocaine and alcohol use post-legalization of marijuana was found.

In Maine, cocaine and alcohol use decreased following the legalization, while the national average has remained at a consistent level for both.

Dissimilarly, in Colorado, both alcohol and cocaine use have increased since the legalization of marijuana in 2012.

Since studies conducted looking into marijuana and associated drug use contain varying results, it is unlikely that there is a strong connection between the legalization of marijuana and drug use. The lack of conclusive evidence instead highlights a more rational idea that cocaine and alcohol use are independent from marijuana, but this is not a proven theory.