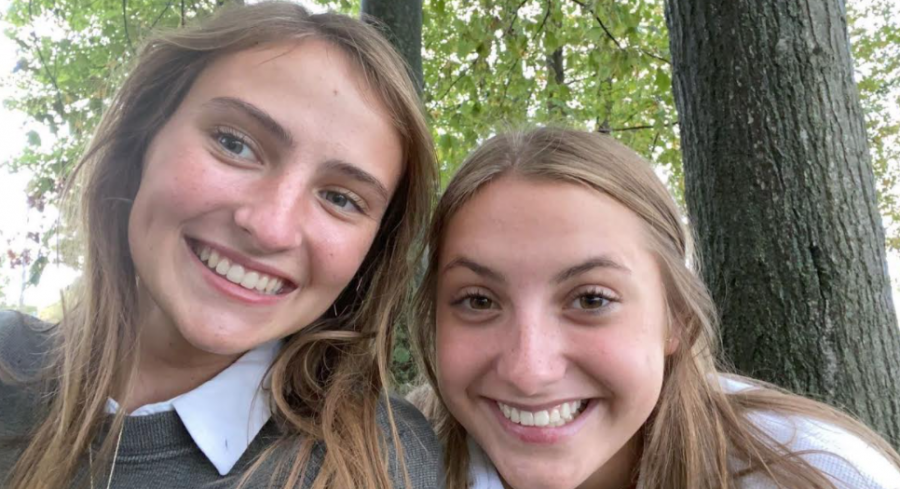 To start our journalism careers, we aimed to find an easy investigation to tackle. Boy were we wrong. What seemed to be a mindless article turned out to be a particularly aggravating search for both of us.

Before Halle and I began searching, our combined prior knowledge of snakes was lacking to say the least. Neither of us knew much about snakes, let alone where to begin searching in Holland. Despite this lack of expertise, we set out with one goal in mind, finding the biggest snake we could in our hometown.

With such limited knowledge, we decided it’d be best if we started our search by asking experts.

We began our hunt by talking to staff members at West Ottawa High School to try to gain knowledge. We talked to Instructors Dan Dennis and Bob Myers, who shared similar opinions about places we should look. The overwhelming consensus was an overgrown grassy space or an abandoned warehouse. Instructor Ken Strobel recommended the Blandford Nature Center and Stu Visser Trails.

Classmates also had some insight on where we could look. Jr. Alex Spilotro assured us we would see a snake if we took our search to a disc golf course in Port Sheldon. Jr. Sydney Willard also said to check out Stu Visser Trails.

In attempts to gain more knowledge about snakes and where to find them, we scheduled an interview with Joy Funk at the Outdoor Discovery Center.

Funk has been employed at the Outdoor Discovery Center for 7 years, but has been fascinated by nature for as long as she can remember. She fulfills the role of vice president of programming, “I consider myself more than fairly knowledgeable about snakes, more (knowledgeable) than the average person,” Funk said.

Funk was confident we could find snakes on our own. She informed us that there are a few species of snakes we could easily find in Holland, but finding a large one may be a challenge. “…blue racers are going to be the biggest ones you’re going find. They live in forests.” The largest snake Funk has found in the Holland area was a four foot Blue Racer.

Funk confirmed that the places others had recommended for our search would be good snake hunting grounds, and recommended some of her own ideas. “…Most meadows…a wetland, or in late spring and late fall if you looked at rock piles and log piles,” said Funk. A couple specific locations she recommended were Riley Trails, Hemlock Crossings, and even the trails at the Outdoor Discovery Center.

With this information, we were off on our investigation.

We set out on Sunday in the late afternoon, very hopeful to find a snake. It was about 70 degrees and sunny, ideal for snake hunting.

Plan A was Riley Trails. We arrived around 5 o’clock, both very anxious. Neither of us had seen a snake in its natural habitat before. We picked up sticks along the way to poke around in piles of fallen branches. There was no way we were going to touch a snake if we came across one.

We stumbled across a sizable pile of old wood and nervously began poking around, standing as far back as possible. The logs tumbled to the forest floor, revealing the barren dirt. No snake. So we tried another pile; yet again, no snake.

We continued our walk down the trail to two large collections of bramble. Kate began searching the first pile, picking up the logs and throwing them into the forest.

We were no longer frightened by seeing a snake. In fact, we were growing impatient.

Halle took to the second pile, picking up branches and tossing them aside. No snake, but a small frog hidden within the brush made us hopeful that there was more life nearby.

We walked back down the original path and noticed a few holes in the dirt.

Before our interview with Funk, we both would have assumed that this was a snake hole. However, this is a myth. “… snakes don’t dig holes, that’s a common misnomer.” Although we were aware of this misconception, we looked anyway.

Halle poked a large stick into the hole, hoping a snake would slither out and finish our investigation, but still, no sight of any snake.

After an hour and a half, we concluded our search.

We were doubtful, but we turned to our second plan and headed to Stu Visser Trails.

The trails at Stu Visser are wooden walkways over a swampy area with algae infested water. Willard told us she has seen a snake slither across the pathway there in the past, so we were eager to have the same experience.

Unfortunately, there’s no land accessible at Stu Visser. We couldn’t poke around in the branches or leaves next to the path. We walked along the pathways, but again, we were unsuccessful. Our disappointment was evident, still without the sight of a single snake (or Shrek).

By this time, we were very displeased. We realized we wouldn’t be fortunate enough to find any snakes.

With our last bit of hope, we reached out once more to Funk and inquired her opinion on our abilities to find a snake in Holland’s unpredictable weather. “I doubt you’d have much luck below 60 degrees,” Funk said.

Following this conversation, we had reached the end of our search.

Although we did not meet any slithery friends, we both reflect on this experience as a successful investigation. We may not have found any snakes, but we greatly increased our knowledge about them and their habitats.

Michigan’s unpredictable weather could be an aspect of our unfulfilled goal. Snakes could be already be preparing for brumation, a state similar to hibernation.

We hope that someday we will continue our search and find a serpent living somewhere in Holland, Michigan. Perhaps in the late spring or summer, we could have better luck.

Strobel said to us in confidence, “I don’t think you guys are failures, but you did fail!” One day, we plan to try again and compensate for this unsuccessful investigation. Hopefully next time we feel a little less defeated and hopeless when all is said and done.