Let me give you a reason to smile 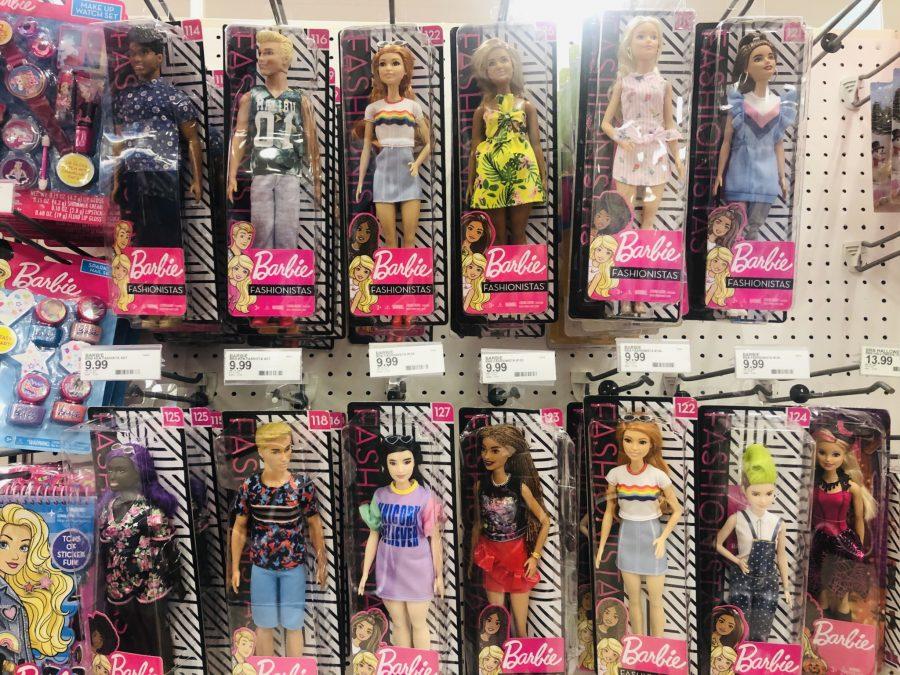 The world is miserable. The future is bleak. The past was good, but now everything is awful. We aren’t even trying to make it better… or so you say.

I live in this world with you. I see the things you see. I breathe the air you breathe. I know that the world seems scary. In fact, in a recent survey of 25 of West Ottawa students, you described it to me as dumb, hateful, dying, negative, rough, deteriorating, destructive, and sad.

I get it, but for just a moment, let me give you some hope. While 77% of you told me you think the world is getting worse, let me tell you about what’s getting better.

A short piece of evidence I encountered recently came from the shelves at Target. I was intrigued as I looked at a shelf of Barbies. When I was young, the only Barbies I saw were girly, tall, skinny, long-haired, blondes. When I see Barbies now, they are so much more diverse. There are Barbies with more realistic body types, many different colors of skin, and a wide variety of hair cuts and colors. There are gay Barbies, tomboy Barbies, and disabled Barbies.

The great variety of Barbies is only one way the world is getting better. A much more important example is poverty. Poverty can cause many serious problems in the world such as overpopulation, illiteracy, over-consumption, and malnutrition. I get that poverty can seem like a big, scary giant, but we are making progress on combating poverty.

The World Bank says that 36% of the world lived in extreme poverty. According to the United Nations, less than 10% of the world remains in extreme poverty, which is classified by surviving off of only $1.90/day. Right now, wherever you are, try to picture one million people standing in front of you. That amount of people is only a fragment of the people who have been freed from extreme poverty in the past 30 years.

Not only are the poverty rates improving, but so are literacy rates. When someone becomes literate, the closed doors that kept them trapped  swing wide open. They are exposed to many new and better paying jobs. They can learn so much more about their surroundings. They start to see a different world. With so many great outcomes of literacy, the world as a whole gets better with each individual who becomes literate.

The United Nations Educational, Scientific, and Cultural Organization shows that thirty years ago, in 1990, less than 76% of people above the age of 14 were literate. Now that number has risen to over 86%. Again, millions upon millions of people have a new hope. People who have broken through a stronghold that held them back. At the very least, these people can understand the beautiful words that others have written into existence. If the world can improve with only one more literate person, think about how much better it must be with millions more literate people.

The number of hungry people in the world has also decreased. The Food and Agriculture Organization of the United Nations reports that there were over 1 billion hungry people in the world in 1990. The number has dropped to 815 million people. Try to comprehend how many people that is. There are now about 200 million people who are no longer hungry that were 30 years ago.

For most West Ottawa students, if we are hungry, we take a trip to McDonald’s. We grab an apple. We quickly make some ramen noodles. We solve the problem, and we are no longer hungry. There are now 200 million more people who are more like many of us. The number of people who are no longer concerned about hunger on a daily basis is far over half the population of the United States. Why are we still saying the world is getting worse when there are such amazing improvements?

As a high school student, I witnessed trends that focus on helping the environment. One of the major trends revolved around metal straws. Purchasing a reusable straw reduces the amount of plastic pollution in landfills and oceans, which then saves plant life and wildlife in those areas.

While the trend of metal straws is encouraging, I would argue that who uses them is more encouraging. The majority of people who began using metal straws are young. They are the next generation of leaders. If they are aware of environmental issues now and doing something about it, imagine what they will be able to do as the learn and grow. We may not have all the solutions now, but we still have more problem-solvers coming. They are already thinking about the issue, so maybe they will be the ones who figure out how to fix it.

Not only has awareness increased in youth, but the overall world is becoming more aware of environmental issues. World leaders are working hard to ensure improvement on many of the current problems in the environment. In fact, five of the United Nation’s seventeen sustainable development goals focus on the environment. Each of the five will somehow benefit the future of the environment. We are on the right track; we just need a little more time to get to the finish line.

I get that there is a lot going on in the world that seems scary and hopeless, but so much is getting better. All I wish is that you go to sleep tonight with more hope than you woke up with.