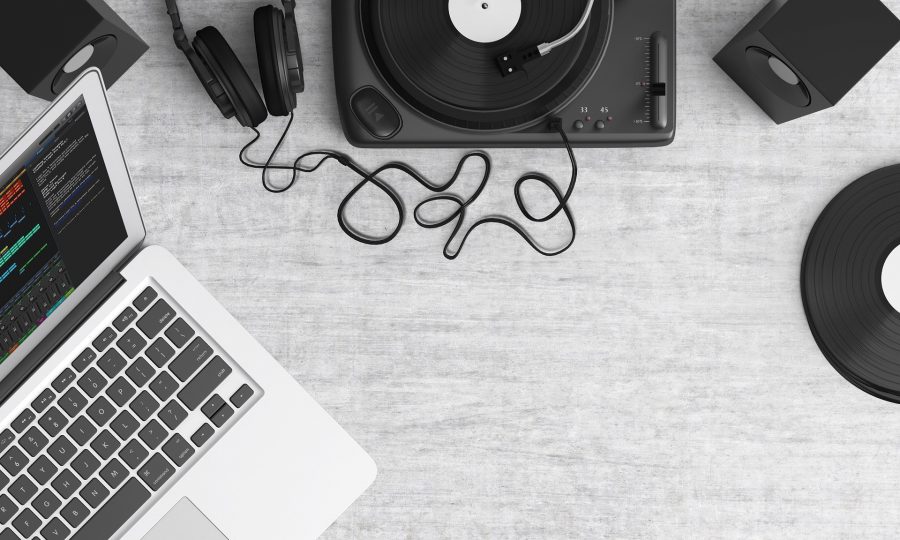 Eagerly, I grab the aux cord in my car, ready to blast some of my favorite new tunes off of MGMT’s recent release, Little Dark Age. As everyone piles in, the speakers shake as they boom with the strong bass & pumping beat of the title track. The catchy pull of the rhythm and lyrics makes it impossible not to groove to the beat. As everyone’s dancing, a voice asks; “This is MGMT?” Yes, it is indeed MGMT, but for those who are familiar with their previous two albums, this might come as a shock.

A decade since MGMT’s Andrew Vanwyngarden and Ben Goldwasser released the biggest hits of their career and five years since their most recent album, the band released their fourth album Little Dark Age. The new album displays a distinct change in sound, structure, and lyrics since 2013’s self-titled MGMT, and this move is a distinct step in the right direction.

Ask anyone and they’ll likely recognize at least one of the three major hits that brought MGMT their initial success. Songs like “Time to Pretend,” “Kids,” and “Electric Feel” stand out among their discography. For many, the band is defined by these hits off of their first album, Oracular Spectacular.

However, MGMT didn’t want to be known for pop music. In fact, popstar lifestyles are something MGMT themselves clearly mock in “Time to Pretend” with lyrics like, “Let’s make some music, make some money, find some models for wives.”

Instead, the band wanted to focus more on the experimental, synth-heavy songs that didn’t conform to the constraints of usual pop. They wanted to make music for themselves rather than the general public, music that showcased creativity and complexity that wasn’t heard in pop. So, that’s what they did.

MGMT continued their career with their sophomore album Congratulations. This album strayed from cliched pop in many ways. Take the 15-minute song “Siberian Breaks” for example. The song drifts dreamily from section to section, taking the listener on an obscure trip through many different melodies and rhythms. There’s no hook, verse, or chorus. It breaks common form in every way.

Next, they released their third album MGMT. This album strayed ever further down the path of experimentalism. Nearly every song is dense with layers of sounds, synths, and distortions. The song “I Love You Too, Death,” doesn’t follow a distinct rhythm at all. Instead, the song takes the listener to a jungle of noise, distorted lyrics overwhelmed by the intense layered sounds.

Compare the pop hit “Kids” to “I Love You Too, Death,”  or “Siberian Breaks,” and most wouldn’t recognize the songs as belonging to the same band. This has proven a problem for MGMT. They gained their fanbase from the massive hits that started their career, but, the same people who love their Oracular Spectacular hits aren’t typically going to be the same people who jam out to niche experimental music. This is evident by glancing at their Spotify page. “Kids” has over 200 million streams while no songs on either their sophomore album or self-titled album even make the top 5 most streamed. Fans were either into the band for fun pop or experimental music. Somehow, MGMT needed to merge these two main elements of their musical identity, and this is where the recent release of Little Dark Age comes in.

Little Dark Age as a whole brings to the table classic MGMT-esc synths and vocals, with strong, danceable beats, meaningful lyrics, and new wave vibes. The title track, “Little Dark Age,” is a great example of the immense shift that’s been made since MGMT. The song is driven by a steady beat & 80’s inspired synths that carry on through the course of the song. The lyrics are meaningful, relevant, and catchy. Commenting on the political climate of the US, Vanwyngarden sings, “I grieve in stereo / the stereo sounds strange / Just know that if you hide / It doesn’t go away.” The distinct cadence of the song and verse-chorus form build the foundation for a catchy synth-pop single that, at the same time, isn’t predictably pop.

But the band still manages to stay true to their weird, experimental side, too. “Days That Got Away” is a perfect example. The song is mostly instrumental. The haunting lyrics “days that got away” float among layers of smooth synth rhythms sprinkled with blips of distortion. While some may be quick to compare it to the blankets of abstract synth and distortions that congest many songs on MGMT, “Days That Got Away” takes a more refined route. The song has a clear rhythm, and even the moments of abstraction are fitting. It isn’t choked by excessive distortion; instead every element is allowed room to breathe and flourish within the song.

It’s clear that with Little Dark Age comes a necessary balance in sound, but simply as an album itself, the album stands its ground as a successful, catchy, synth-pop record. The song “She Works Out Too Much” starts the album off with a funky beat, sampling phrases from a workout video, ultimately creating an absurdly fun and comical song commenting on online dating. Other notable tunes include “Me and Michael,” a heavily 80’s-inspired ode to friendship, and “One Thing Left To Try,” a poppy anthem that’s sure to get stuck in your head. Finally, the album ends off with “Hand it Over,” a dreamy look back at the tribulations of MGMT’s identity and career.

After ten years of everything from massive pop hits to bizarre experimentalism, Little Dark Age serves as the melting pot for MGMT’s knack for pop and eccentricity to coexist, creating an all-around successful album that brings their entire fanbase together.