“He lit up any room he went into”

On Friday, January 12, the West Ottawa community gathered in the Grand Haven gym for two basketball games. The Black Hole cheering section arrived wearing camouflage, the evening’s theme. The stands were packed with parents, teachers, and administrators. But for most who made the 15-mile trek north, the gathering was not at all about basketball.

Only hours earlier, Bryce Thomas had passed away. Bryce graduated from WO last spring, after starring as a baseball pitcher and playing an active role in the broadcast journalism program. Bryce is survived by his parents,  Superintendent Tom Martin, Middle School Instructor Leslie Martin, and Stephen Thomas.

The evening featured an unusual and possibly therapeutic blend of emotions. Before the boys game, the crowded gym offered a moment of silence in honor of Bryce. Throughout the evening, those in attendance vacillated between cheering for the energetic basketball contests and hugging those seated near them with tear-filled eyes. The Black Hole has never been as quiet, with students comforting each other more than watching the game.

Sr. Paris Bedford was part of the Black Hole. “I thought that it was very powerful to see the whole community just coming together. No one was super over the top and energetic. The whole gym was very solemn and respectful. It was very sad, but it helped the whole grieving process,” Bedford said.

Jr. Brandon Walton was also deeply impacted by the care and support felt during the game. “This experience was one of the most emotional experiences I have ever had. But at the same time one of the most important,” Walton said. “ Everyone realized that they can help each other.”

Classmate Sean Hoey is devastated by the loss. “Bryce was the best. He lit up any room he went into with his outgoing personality and a great sense of humor. He loved to just chat about life and always took an interest in the others around him,” Hoey said. “If you were ever down, Bus knew how to pick you right on up. He was a brother to me and so many others and will be dearly missed.”

One reason that Bryce was so loved is that he gave out so much love. “One thing that I loved about Bryce is that he never just said ‘See ya, Tuck,’ he would always say ‘Love ya, Tuck.’ I would reply ‘Love ya, Bus,’ and it was all the time. He just replaces the saying ‘Goodbye’ or ‘See ya’ with ‘Love ya.’  Just shows what kind of guy he is. Just an unbelievable guy that would do anything for you and will always have a place in my heart,” Sr. Tucker Fritz said.

Sr. Ben Burns also remembers the joy that Bryce brought to those around him. “One thing I always loved about Bryce was he always put a smile on your face no matter the circumstance. Whenever we would play catch together, we would always laugh and joke around, and whenever I would make him laugh he would reply ‘I love you Benny,’ and then we would both laugh together.” Burns also noted that as a friend, Bryce was entirely reliable. “He was always there for you when you needed it.”

Baseball was a big part of Bryce’s life. Bryce was a spirited competitor. “From the first moment I saw him pitch, I knew he loved being on the mound and having the baseball in his hands.  He was a talented baseball player, but even more impressive he was a great teammate and friend,” Varsity Coach Matt Naber said. “I will miss watching him compete because I know that’s what he loved to do. I’ll also miss the interactions I was fortunate enough to have with him. Bryce will be deeply missed, but he will always be with us.”

On Sunday evening,  a group of friends and baseball teammates met at the WO diamond to collectively grieve. They released two sky lanterns in honor of Bryce and all those who loved him. 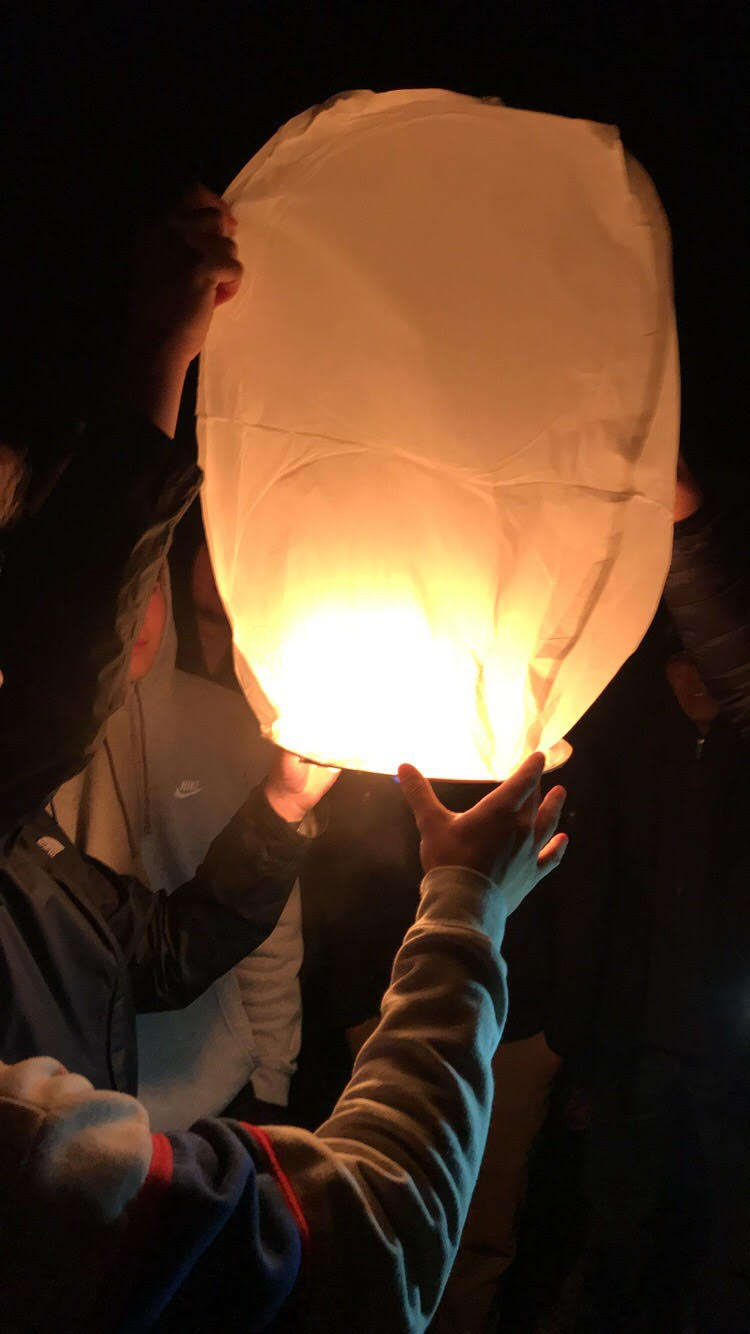 On Monday, the school provided students and staff access to counselors and a place in each building to meet and talk.

Arrangements are by the Langeland-Sterenberg Funeral Home.  You can find more information at their website: www.langelandsterenberg.com .