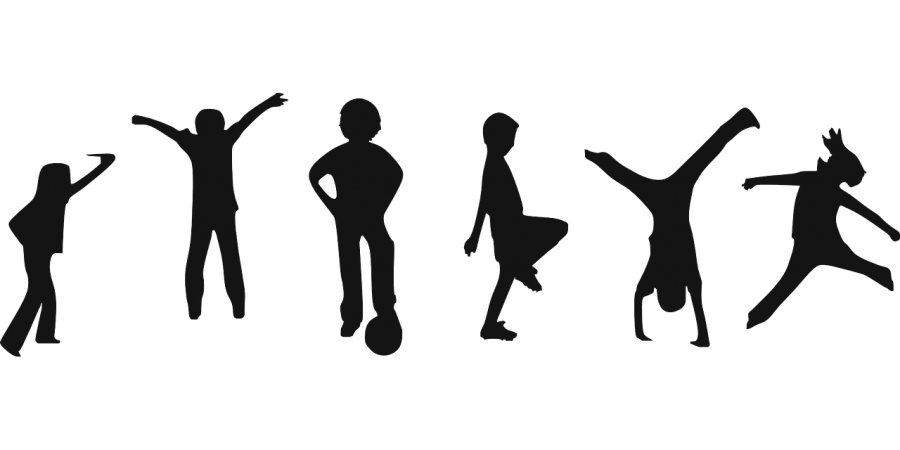 BBBBRRIIIINNNNGGG!!!! Kids stream out of the doors thirsty for the freedom of the outside, running as fast as their little legs will carry them to the swingset, the field, the jungle gym, the gaga ball pit or whatever else they enjoy most. Elementary recess has started.

Most often, when kids got in trouble, it was for minor things. Waukazoo alumni Soph. Danielle Kuiper got in trouble for breaking the rules on the swings. “I would always get in trouble for swinging on my stomach; they would blow their whistles and yell at me to get off my belly,” Kuiper said.

Jr. Brooke Zimmerman describes some of the things that Waukazoo students got in trouble for. “We weren’t allowed to be with our boyfriends or girlfriends at recess and we couldn’t throw snowballs. It was bologna; every time we threw a snowball we got sent to the wall,” Zimmerman said.

Lakewood was perhaps one of the most dangerous sites for recess in the times of Jr. Chet Johnson. Johnson was notorious for doing things at recess time that generally resulted in “learning labs”, a form of detention for students at Lakewood. “Learning labs were awful. We had to sit with security for lunch and then recess and we couldn’t talk,” Johnson said. This may seem like crude punishment for a small elementary kid merely looking to have fun at recess, but quite frankly, Johnson deserved some of them. He got in trouble for things like, “Throwing snowballs at a playground teacher, going down the slide head first, punching a kid, slide tackling in soccer, going off school property, stealing ice from snow forts, climbing snow piles and standing on monkey bars,” Johnson said. The list could surely go on, and the amount of times he did each are probably some sort of record, but at the end of the day, it ended up in a lot of lunches eaten with security. Johnson may be the best example of elementary recess gone wrong in an excessively bold and maybe even reckless way.

While Johnson was getting caught at every turn at Lakewood, Waukazoo alumni Soph. Kallyn Johnson got in trouble in a similar manner, doing an equally needless amount of trouble-making. Unlike Chet Johnson, she only ever had to serve one week’s worth of missing recess for “name calling and spitting on someone,” Kallyn said. Despite the one week punishment, Kallyn got away with a lot: “climbing on top of the basketball hoop, slapping a kid, pushing someone into the fence, flipping someone off, calling someone a trash bag, and stealing peoples snacks,” Kallyn said. She may not have been caught as much as Chet did because she “sucked up to teachers so much,” she said.

While Chet and Kallyn were the poster children of playground trouble, Lakewood alumni Jr. Clyde Snyder was just as much of a troublemaker as both Chet and Kallyn. The difference was that Snyder did naughty things in a more subtle way. While Chet was caught red handed in everything he did, Snyder got away with everything, never earning himself a “learning lab”. “Yeah I threw snowballs, yeah I said bad words, yeah I stole ice, yeah I pushed kids, but I got away with it. You had to try to get caught to get in trouble,” Snyder said. On the same playground, two kids could be doing the same things but one would get caught and the other would go free. That’s just the way life works sometimes. Problem was, Chet always got caught and Snyder never did.

Snyder and both Johnsons always seemed to be the ones making trouble, but some kids were on the receiving end. Waukazoo alumni Jr. Riley Vaara enjoyed recess going on the monkey bars often. “One day, I was going on the monkey bars and this one girl ran up behind me and yanked my shorts down, I went to the recess lady and told her what happened as I had tears streaming down my face,” Vaara said. Anybody that pantsed another kid and got caught was subject to consequences at Waukazoo; this most often meant missing the next day’s recess by sitting out.

Elementary recess was a time to let kids combine creativity with freedom and see what they could create. In nearly every case, something that wasn’t supposed to happen did and kids paid the consequences.