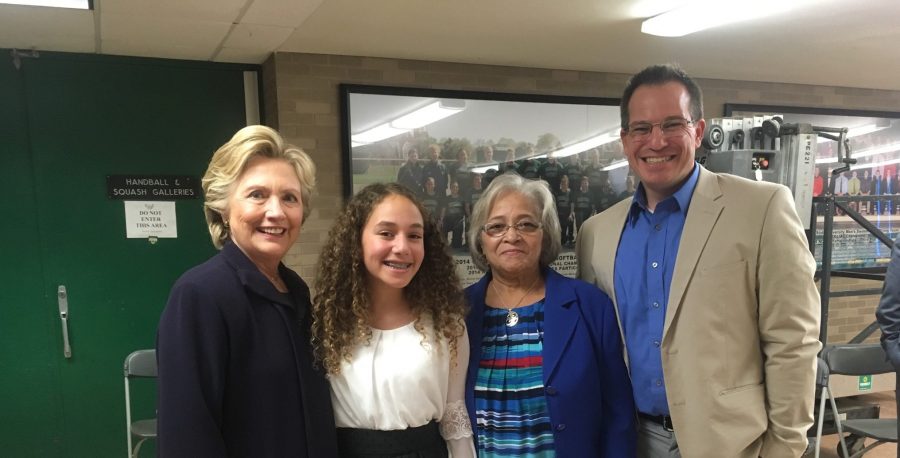 Presidential rallies can be extremely hectic, especially in this eccentric election year, with thousands of people all crammed into a large room to see one person speak. One of our teachers at West Ottawa, Instructor Nathan Kukla, was in the midst of the chaos when he, his daughter, and his mother-in-law went to see presidential candidate Hillary Clinton speak in Detroit at Wayne State University on Monday Oct. 3.

Kukla was suppose to be given a wristband and put into line to take a picture with Clinton, but was neither put in the right line nor given the wristband. He realized the mistake when Clinton came on stage to begin the rally and was told it was too late to get a picture. He sent a text message to his wife’s cousin, who works for the Clinton campaign in Washington DC, about his situation. He soon received a call from a DC number telling him someone would find him.

After the rally, Kukla waited around for someone to find him. He had no idea how someone would find him as the 7-8,000 people at the rally were leaving, but someone did. He took him and his daughter to the back, where Clinton was getting on her bus to go t o another rally in Ohio. Kukla, his daughter, and his mother in law were all introduced to her and got to take pictures.

Kukla found it amazing just how personable Clinton was. “She was just like someone’s grandma,” he said. “Just a few minutes prior she was giving a speech on foreign policy, and now she was complimenting my daughter’s outfit.”