Get to know Counselor Higgs 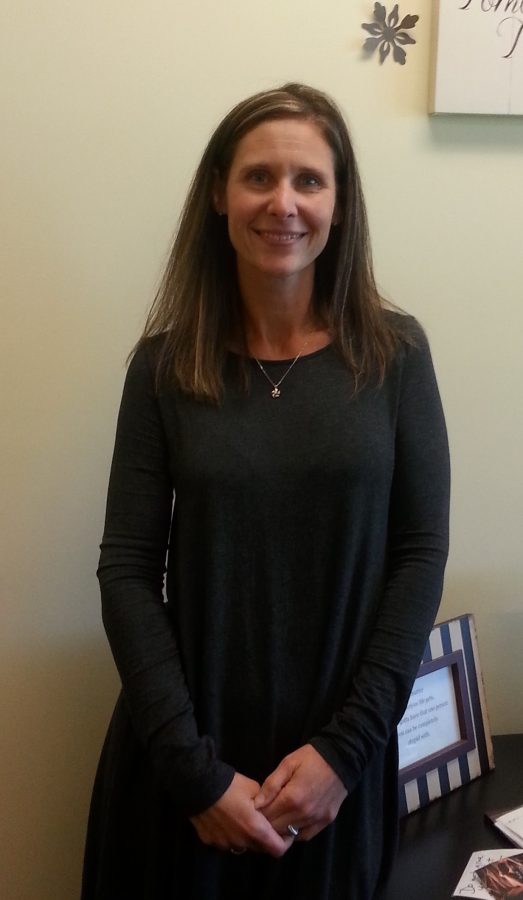 One of our new counselors this year came from a school where she could walk down the hallways and know almost everyone’s name and their siblings too. Coming to West Ottawa is a radical change. With the students flooding the hallways in the morning, it’d be nearly impossible to learn what name everyone goes by. This is what it was like for one of our new counselors, Counselor Marissa Higgs (last names H-Pa).

Where were you before WO?

“I was a school counselor at Muskegon Catholic Central. I was their K-12 counselor [for] 3 years.”

Where did you graduate from?

“I graduated from GVSU with my bachelor’s of science in liberal studies, emphasis in childhood literacy and then I earned my masters from Grand Valley as well. Masters of education and the emphasis was in school counseling, and I earned my license that year as well.”

Do you have children that go here?

Do you remember having a favorite high school year?

“No, I moved a lot, actually… I guess I would say my favorite high school year was my junior year when I lived in Texas. I got introduced to dance and field hockey and I became very passionate about both of those.

How many Taylor Swift songs do you listen to per day, or are you subjected to some from your daughters?

“Yes, I’m actually subjected to Shawn Mendes right now! I do like Stitches, I’m not gonna lie, when that song comes on I turn up the radio and I call my daughter if she’s not in the car with me, I’m like,‘Our song is on!’”

If you could live one week as a movie character, who would you pick and why?

“I think I would pick a minion! Yeah, because it’s carefree and even though they’re working they enjoy their job and they’re always happy.”

If you were having a dinner party and could invite three famous people, who would you invite?

“I think I would want to talk to Michelle Obama, just because she seems so confident and focused and driven on what motivates her. I would really like to talk with Malala. What an amazing young woman advocating for human rights, women’s rights and educational rights! And George Clooney. No, I take that back Justin Timberlake. I do have a small crush on JT.”

Did you have any role models growing up?
“No, I don’t think I even knew what a role model was growing up. It’s sad to say, but looking back in hindsight I would say my mom. She’s an amazing woman. But not during the course of my growing up years.”

Do you have one now?
“I would say my mom. She managed to raise two children on her own and then remarried raising somebody else’s child… She only earned a high school education, and yet is a successful business owner today. She’s somebody to admire.”

What was the most absurd thing you can think of that you’ve done to impress a crush?

“I always tried to talk sports, when I wasn’t really interested in sports early on. I was never into theater in my freshman year of high school. I remember Johnny, he was a very nice young man, kind of a ‘bad boy’! He was a really nice bad boy… Long story short, I joined theater because I thought it would impress him but he was only in theater because he had to, not because he really wanted to. Yeah, I quickly got out of theater. It was not for me.”

Did you end up getting Johnny?
“I did! Yes, we hung out together for a long time my freshman year.”

Do you have any embarrassing guilty pleasures?

“Justin Timberlake music! I’m 41 years old, I probably should not enjoy Justin Timberlake music but I do! I love turning on the music very loudly, love dancing around the house. I’ll sing out loud, and one would think having been in choir for so many years as I have been that I would have a great voice, probably not so much for those around me.”

There’s no questioning that Higgs cares for her students and will work hard to do what she can for us. Although there are thousands of students’ names to learn, Higgs will do her best to learn them all.  If she’s your counselor, drop in for a chat about Justin Timberlake, or your schedule maybe? Make sure to welcome our new panther to our great school!