An example of respect 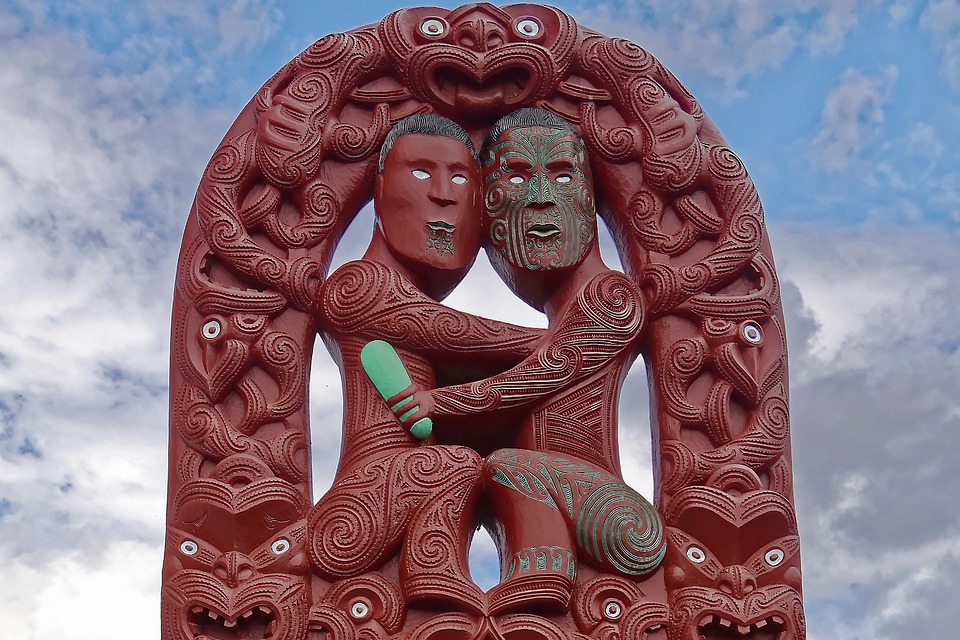 As my family lands in Auckland, New Zealand, we hear over the airplane speaker, “Kia Ora ladies and gentlemen! Welcome to Aotearoa, New Zealand! On behalf of our captain and crew, we’d like to thank you for flying with us today.” The words “Kia Ora” and “Aotearoa” in the flight attendant’s farewell to us were in Te Reo Maori, the indegenous language of New Zealand.

Maori is the name of the native people of New Zealand, a Polynesian culture full of rich stories, symbols, and traditions. Although discriminated against at one time, the Maori are now celebrated in New Zealand; they are seen as an integral part of the New Zealand identity.

Maori culture is a part of everyday life in New Zealand. For example, the national stone, New Zealand Greenstone, is seen draped around the necks of both Maori and Caucasians alike. The Greenstone is highly valued by the Maori, with intricate carvings and symbols incorporated into many of the pieces of jewelry.

In a similar sense, Maori tattoos are displayed on a variety of people’s faces, arms, and legs throughout New Zealand. Seeing the tattoos, my mother wondered if it was cultural appropriation to have a Maori tattoo if one wasn’t directly part of the culture. We asked our Maori guide, and she simply stated that as long as the tattoo is consistent with Maori traditions and tells a story, it is welcomed by the Maori people.

Maori language, tattoos, and jewelry are embraced by the people of New Zealand; Maori culture is ingrained in the life of a New Zealander.

Sadly, in the United States, this acceptance and integration of native culture is unheard of. I can hardly name a Native American tribe, let alone claim that the culture is “ingrained” within me.

Te Reo Maori is an official language of New Zealand. Most signs have the message in English, followed by the Te Reo translation. At my sister’s graduation from the University of Otago, an entire speech was delivered in Maori. A common greeting is Kia Ora. Again, this simply is not the reality in the United States. I can’t even say “hello” in a native language. Why is it that I know how to say “hello” in Spanish, German, French, and Chinese, but not in one of my own country’s native languages? Why isn’t that a priority in our society? Clearly, the United States can make significant improvements.

The Haka is a traditional Maori war dance meant for intimidation of enemies to prevent conflict. The Haka is known throughout the world, often because it is performed by New Zealand’s national Rugby team, the All Blacks, before each match. In addition, at the University of Otago, students in my sister’s dorm, Selwyn, were taught the Haka, and they performed it at orientation the next year. New Zealand values the Haka tradition so much, that they’ve made it world-known, and they pass it on to the youth.

The most I know about our indigenous people’s dances is that there’s something called a Pow Wow. I can’t really tell you what it is though. Why are Americans lacking so much knowledge of our own cultural history?

The United States needs to step up its game. Why are we ignoring part of our identity as a country? Sure, we have Native American reservations. Sure, Ottawa County, Michigan is named after the Native American Odawa tribe. Sure, Native Americans have equal rights under the law. It isn’t enough.

If we named an entire county after the Odawa tribe, surely the Ottawa County community would honor the tribe that once lived here. The Holland Sentinel stated, “Learn about three of the Holland area’s Native American tribes at Outdoor Discovery Center’s Native American Lifeways program Saturday.” Within the West Ottawa community, the elementary school Waukazoo as well as “Ottawa” in the district name stem from our Native American heritage. We’re educating our citizens about our Native American history! Impressive… not… We have one Saturday event, and it’s for kids; in addition, most students at West Ottawa have no knowledge of where the names Waukazoo and Ottawa come from.

In Holland, we have numerous statues throughout the area dedicated to our Dutch settlers. We even dedicate an entire week of the year to Tulip Time, a world-renowned festival, to celebrate our Dutch roots. In addition, we recently installed a feature in Holland’s Centennial Park about the Wizard of Oz, informing people of the Holland area’s inspiration for the book.

And yet, I can’t seem to find a single statue or memorial or event (other than a Saturday program for kids) that celebrates, or even acknowledges, the Native Americans that once populated the area. Why are we ignoring our history? We had enough in the budget to make an exhibit about the Wizard of Oz but not about the natives that we displaced?

New Zealand has a similar past to our own regarding the indigenous people of its land; natives were once heavily discriminated against and eventually gained rights. But New Zealand has taken it a step further, as we need to. For example, in a small city called Rotorua, there is an entire institute called Te Puia dedicated to the Maori. It offers an impressive example of cultural celebration.

One feature of the institute is for tourists. Maori guides offer tours to explain different aspects of the culture. Tourists can read a variety of signs throughout the area with information on Maori customs such as the Hangi, a Maori way of cooking. Tourists can also attend a cultural demonstration in which a group of Maori perform traditional songs, chants, and stories. This is an aspect of Te Puia that is focused on educating the public about Maori culture. In fact, upon showing a New Zealand driver’s license, the entry fee is reduced by 30 percent to encourage locals to visit.

The other main feature of the institute is dedicated to keeping the Maori culture alive and thriving. Maori students apply, are admitted, and taught either traditional Maori wood carving, greenstone jewelry making, or Harakeke (flax) weaving. Admitted students are given full scholarships to the institute, as well as a stipend for living, to prevent socioeconomic barriers.

Te Puia is government funded. The people of New Zealand value the education and the continuation of Maori culture. The United States should be doing the same. Areas with a high concentration of our indigenous people should have an institute similar to Te Puia. We should encourage education of the public about local Native American cultures. If we follow New Zealand’s nearly-perfect example, we will finally honor our history in a more progressive manner.