Inside look at the girls volleyball team 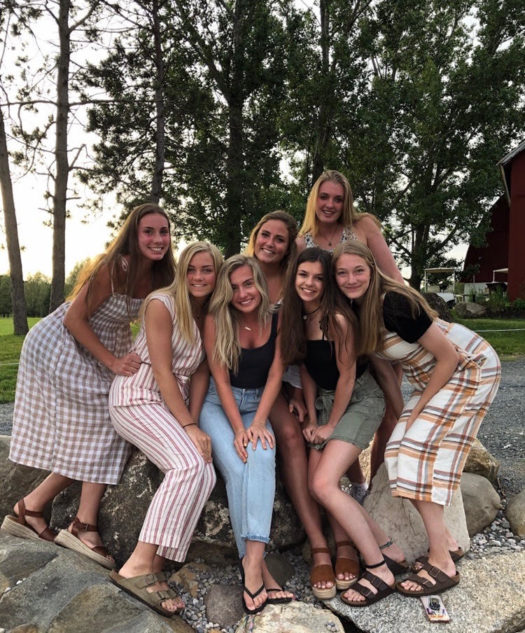 The ball is served and in play, Sr. Anna Harmon bumps it to Sr. Teeghan Sauer, who sets a perfect ball for Sr. middle blocker Logan Terpstra to spike down for a point. This strong play is typical for the West Ottawa girls’ volleyball team. The play gets the bench hype and high energy throughout the game.

The communication and chemistry on the court is clear. This is a team with all close friends and “a really positive environment,” Soph. Ella VanWieren said. With a 16-6 record to begin the season the team has a strong start so far and is looking forward to a solid season and playoff run.

What makes the team apart from any other is the exceptional time they spend together. Having team dinners every night before conference games and several team sleepovers, they are like a family. Bonding helps with other aspects of volleyball and makes memories beyond the sport.

A key to their success is the high energy on the court and dynamic between players. The connection between players on the girls’ volleyball team is undeniable, “The one thing that separates us from other teams is our connection on and off the court. We may not have the most skilled players but we win because we work so well as a team,” Terpstra said. Communication on the court is important, and the panthers have been excelling at it this season.

Along with lifting and playing volleyball four times a week all summer, the girls spent lots of time together away from the weight room and volleyball court. “Over the summer we were practically together 24/7. Besides the volleyball part we were always doing something, going to the beach or going to eat” Terpstra said. The team comprises of six seniors, four juniors and one sophomore. They have all bonded together to be a team that makes each other better.

Sr. libero Maggie Wehrmeyer found the bonding to be very fun and beneficial. “This summer we had a few team bonding events before the season, just the seniors went up to our coach’s cottage. We rode horses and hung out.” Wehrmeyer appreciated the bonding and believes it’s paying off, “It has paid off because it has made our chemistry so much better which helps our play over all,” Wehrmeyer said.

That weekend for Terpstra was very beneficial for her attitude towards the season, “that was a weekend I’ll never forget. I think spending all this time together has built every one of our relationships on the team and that’s why we’ve been so successful,” Terpstra said.

Having a good relationship with ones teammates helps them play as one and improve each other overall. Sr. outside hitter Macy Kuyers sees a lot of potential in each of her teammates and knows how they can be the best, “What drives our team best is our competitive spirit and a want to win. All of us hate to lose and even during practice we are highly competitive” Kuyers said. During games the energy is high on the court and bench. They want to win and work with each other to do so. They have a dynamic unlike other teams.

The girls have some tough upcoming conference games including West Ottawa Varsity invite on September 28 and East Kentwood on October 3 at home. Come out and support the girls Varsity Volleyball team!