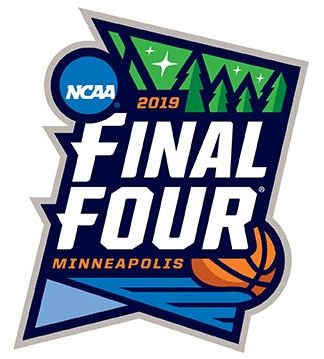 March Madness is about to kick off, and it has every NCAA fan hoping that their favorite team goes all the way. Even if your team gets knocked out, it is exciting to watch who makes it through the battle to the championship game. Here are five things to watch for in March Madness that can have big impacts on the results.

Texas Tech is a scary team for their opponents heading into March Madness. Not only does Texas Tech have Jarrett Culver, one of the top ten players in the nation, but they also have a terrifying team defense.  It is the defense that will leaves their opponents trembling in fear. The Red Raiders “no middle” defense is an elite defensive strategy that must be executed perfectly and so far the Red Raiders have shown they can do it great. The guiding principle of the defense is to force dribblers to the side, overplaying the lane. The defense requires team communication, the closest people sliding to the baseline to take away baseline drives, and making sure their hands are up to get an easy steal. The size of the two or three Red Raiders sliding to the baseline often results in the opposing team to not have a clean passing lane and causes turnovers. A goal of the Tech defense is to draw five charges per game, often as the dribbler attempts to force his way into the lane. The defense will be a very difficult challenge for their opponents and will have a big impact on the Red Raiders run for the championship.

Texas Tech takes the third seed in the West and faces off against a fourteen seed North Kentucky on Friday, March 22. You can watch them battle for the next round on TNT at 1:30 PM.

North Carolina is off to the races within seconds after their defensive possession. With fast passes and multiple options, they leave their opponents confused and rushing to find their match up. The Tar Heels’ fast break is a key part of their game; they can rebound fast, fill the lanes and have multiple options in seconds. The Tar Heels have players that can shoot the lights out from the three-point line, so even if their opponent gets ahead of the fast break, they have to worry about a quick pass for a quick three. The Tar Heels also have the option for a quick pass to their big men in the paint for an easy lay up; the big men know how to run the floor well and get to the rim fast and proficiently. The killer fast break and many options will have their opponents frustrated in trying to stop them.

North Carolina took the first seed in the Midwest and heads into their first round game against sixteen seed Iona. Tip off is at 9:20 PM on Friday, March 22 and can be watched on TNT.

Ja Morant and Murray State got their ticket into March Madness by winning the Ohio Valley Championship. Morant is an incredible scorer. Being a high flyer at 6′ 3″, he is great finishing around the rim. His only downfall is his ability to shoot from long range. Being a p No. 12 seed, Morant and his team face a heavy challenge, but with the athleticism and finishing of Morant they have a great chance to compete for the championship. Although few low seeds make it far into the tournament, Morant and the Racers are a scary team that could cause some heartbreaking upsets. Any team going up against them shouldn’t take it lightly because Morant is ready to make a statement and carry his team on his back.

Ja Morant and Murray State head into their first round game against five seed Marquette in the West. Catch Ja Morant battle for the next round spot on TBS at 4:30 PM on Thursday, March 21.

Zion Williamson of Duke faced a scary knee injury because of a shoe mishap after the first minute of his game against North Carolina three weeks ago. He has just returned for his team March 14, but is he going to have health problems going into the March Madness tournament? If he gets hurt again, it could be a huge loss for Duke due to his impact he has for his team, but if he faces no injuries, their opponents will be fearful of the powerful force Zion Williamson.

In his first game back, Williamson ended with a perfect 13 for 13 giving him 29 points, along with 14 rebounds. Within the first two minutes Williamson got an easy interception and ran down the court for a slam dunk. Williamson is always ready for a steal and blocked shot, calculating the passes and shots he uses his speed and jumping ability very well in his defensive game to stop his opponents offensive possession. Having Williamson healthy and his defensive pressure is a key aspect of Duke’s game and will impact on their run for the championship.

Duke takes the number one seed against sixteen seed — in the East. Watch Zion Williamson and his team take on their opponent on CBS at 7:10 PM Friday, March 22.

Xavier Tillman has been starting over Nick Ward the past couple games because of Ward’s broken hand. Is Ward coming back to start over Tillman better or worse for the team? Tillman’s main role before starting over an injured Ward was the sixth man, meaning he was first off the bench into the game. Coach Izzo believed that Tillman was prepared for the role in the starting five and gave him the opportunity. In the past games Tillman has started over Ward it has been noticed that he is much faster on defense and is very useful in pick and rolls and switching onto the smaller man if he needs to and play help defense. Tillman can rebound the ball well over the opposing team and even dribble the ball if he has to. If Tillman starts over Ward, it could give Michigan State a good defensive chance to get far into the tournament.

Will Tillman start over Ward heading into their first game against fifteen seed Bradley? Find out on CBS at 2:45 PM, Thursday, March 21.